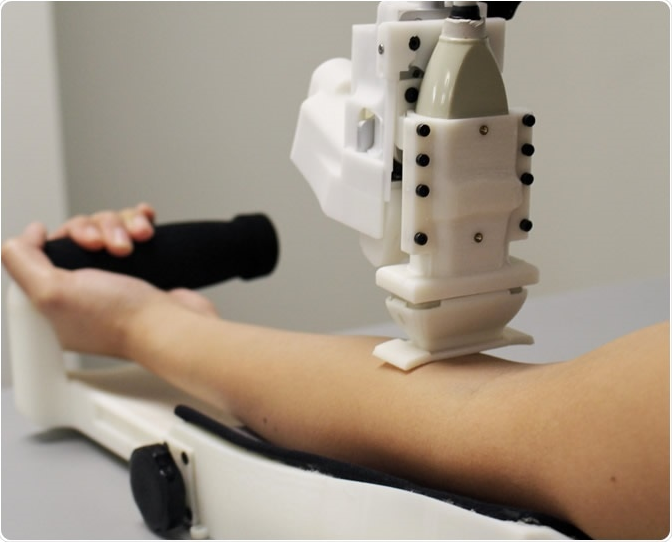 Scientists are going to introduce a medical robot, which has been specifically developed to collect blood samples. These robots are expected to outperform human health professionals in a clinical trial. It was initially developed a few years back and but was only tested on plastic arms. However, now it has been successfully tested on live humans. A team of scientists from Rutgers University has developed this robot, which proves to be better than humans in collecting blood samples from patients. Experts claim that this device will save time in clinics and help many people. The first human trial of the robot has shown that it allows nurses and doctors to pay more attention to the patients than jabbing them with needles.

The Robot is guided with an ultrasound image, which helps the device to find the right vein easily. At the time, healthcare professionals find it harder to access the right vein. Sometimes, they may need additional shots before hitting the right vein. It can result in missed sticks or injury to the patient. When the healthcare professional misses the right vein, they need extra personnel to try to find another vein, which makes the process more exhausting and time-consuming. This robotic device provides quick results, which makes the whole process easier, so doctors and healthcare workers can spend more time treating the patients. The findings of the trial on live humans have been published in the journal Technology.

The trial was conducted on 31 participants, which showed an almost 87 percent success rate. Experts said that for 25 participants, it was easy to access the right vein. The device had a 97 percent success rate for those 25 participants. Along with the ultrasound image, the team has incorporated miniaturized robotics into the new device to determine the best vessels for access. Through this, the automated device can robotically guide the attached needle towards the vein lumen center. It reduces the risk of needles rupturing the vein as well. Researchers have said that, later, this robotic device can be useful to other areas of vascular access like IV catheterization, central venous access, dialysis, and arterial line placement.