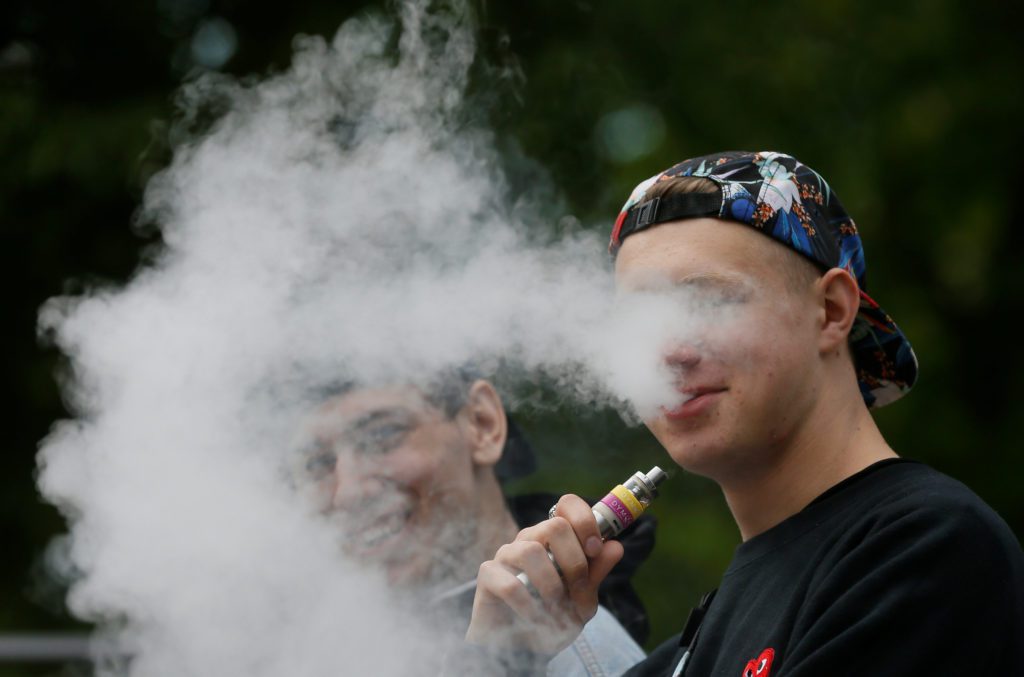 A federal study has revealed that there has been a big drop in the vaping rate among American students. This fall has emerged after last year’s sudden surge in vaping related diseases and fatalities. A nation-wide study has been done on young students across the US. Only 20 percent of high school students have said that they have just started to use e-cigarettes and other vaping products. Around 5 percent of middle school kids have confessed that they have started to use vaping related products recently. Experts have lauded the reduced rate of vaping and said that it marks a big drop as compared to 2019. Earlier in 2019, experts had reported that around 28 percent of high school used e-cigarettes and vaping products. While 11 percent of middle school children said that, they had used vaping stuff.

Nearly twenty thousand students have participated in the 2020 survey, which has been conducted from mid-January to mid-March 2020. All the participants have been asked whether they have used any tobacco or vaping related products in recent months. The survey has seen an all-time low in the number of students smoking cigarettes in the last few years. However, the use of vaping related products has blown up. Vaping increase has been a result of e-cigarettes, which has been quite popular among young adults. Earlier, the US government has banned some of the flavors of vaping devices, which have been popular among minors. This survey has been conducted by the US Center for Disease and Prevention (CDC) in association with the US Food and Drug Administration (FDA).

The federal government has prohibited the sale of any tobacco or vaping related products to young adults below 21 years. Health experts suspect that an increase in vaping related ailments last year might be a reason behind students giving up vaping. In 2019, most of vaping related ailments took place in the months of August and September. By the end of 2019, there had been more than 2600 vaping illness cases and nearly 60 deaths were reported. Most of the people who fell ill in 2019, had vaped a blend of THC. THC is a substance, which is found in marijuana, which gives an effect of high.