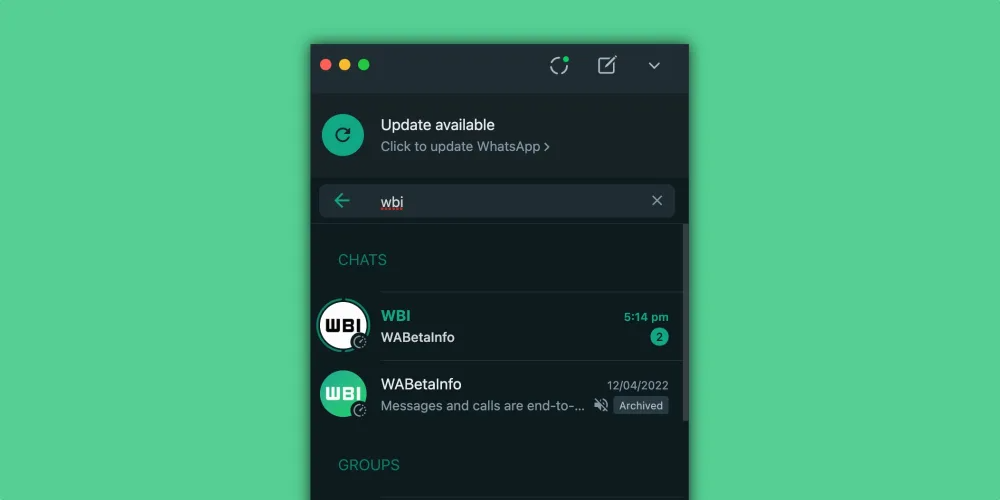 WhatsApp is introducing a new feature that will allow users to view status updates in a new way. The app will now show a list of contacts who have updated their statuses, and users can tap on a contact to see their latest update. This feature is similar to the one currently available on Facebook, which allows users to see updates from their friends in a news feed. WhatsApp is also introducing a new Status tab, which will allow users to share photos, videos, and GIFs that expire after 24 hours.

Meta-owned WhatsApp will soon include the possibility of viewing status updates from within the chats list. This feature, according to WABetaInfo is still in development and has not been made available for beta testers.

According to reports, WhatsApp is working on a feature that allows users to communicate with one account from multiple devices such as a smartphone and tablets. Last week, we noticed that WhatsApp was working to integrate an Instagram feature into its messaging platform.

The business is working on a new Instagram feature that will allow for “rapid responses”. Regular users are not able to access the functionality as it is still being developed. The Meta-owned chat company will test it with beta testers before it is released to the public.

The meta-owned company also just announced a host of new features including group reactions, message deletion, admins being able to delete unwelcome messages from a group, file sharing enhancements, and audio conversations that can be used by up to 32 users. These new features will be available to WhatsApp in the coming weeks.

Last week, WhatsApp announced that it would be introducing a new feature that would allow users to delete messages up to seven minutes after they were sent. This is a welcome addition, and it should make it easier for users to communicate without fear of their messages being seen by the wrong person or being taken out of context. The new feature is also convenient for users who have sent a message accidentally, as they will now be able to delete it without having to worry about whether or not the other person has already seen it.