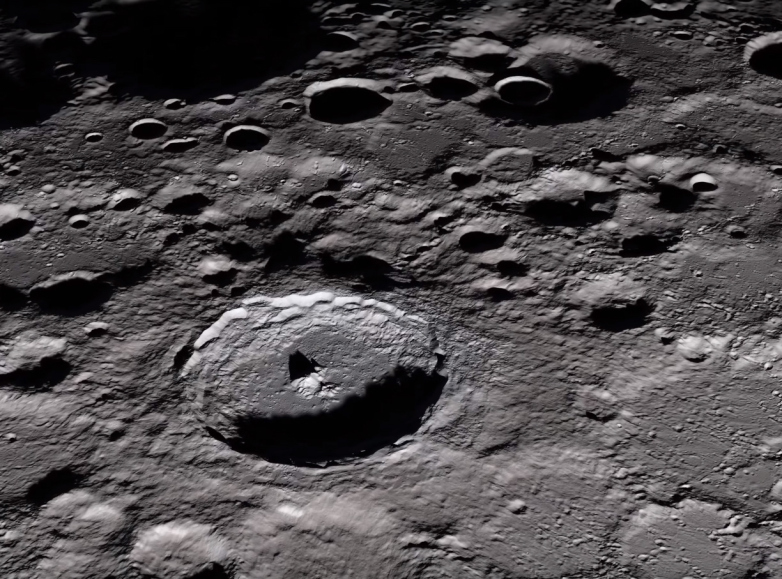 Scientists are continuously monitoring the moon using the data from Lunar Reconnaissance Orbiter which is orbiting around the moon. After analyzing the data from the same, scientists have spotted the water molecules moving around on the lunar surface. The water molecules were found moving on the day side of the moon, where the sunlight is hitting and not the dark part. NASA scientists said that this activity could help the agency to use the available water on the moon for the next lunar mission and may be useful for the human colonization.

After analyzing the measurements taken by the Lyman Alpha Mapping Project (LAMP) instrument on the Lunar Reconnaissance Orbiter helped the scientists to understand the water molecules activity. The instrument pointed on the day side of the moon and recorded the hydration changes on the lunar surface. Before the publication of this study, scientists thought that all of the water is beneath the surface hidden under the packets. But the molecular level activity has helped them to understand the hydration changes, that could benefit humanity in the future. The molecular activity increased with the intensity of the sunlight hitting on the lunar surface.

According to NASA, the molecular hydration activity will help them to understand the lunar water cycles. Also, the lunar water can be used for future moon mission for making fuel or even using it as a shield from solar radiation. As the water is readily available on the lunar surface, further studies will help us plan the future lunar mission with low costs involved. As of now, the data sent by Lyman Alpha Mapping Project instrument is not sufficient, as the instrument is orbiting and the data might be incorrect due to the movement. Scientists think that the Hydrogen ions in the solar winds might be the reason behind the lunar water presence.