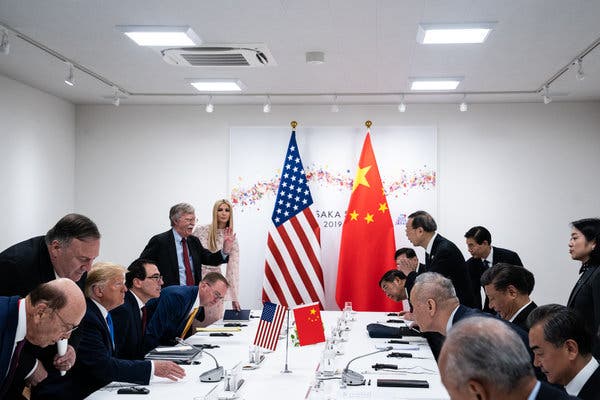 In this ongoing trade war, the US is trying to make ease trade ban on Huawei. Recently China said that they are going to stop buying US-based agricultural products. As a result, the US has decided to ease trade restrictions put on those companies which are dealing with Huawei. Currently, Huawei is banned at many levels, and those companies who want to make any trade with Huawei requires an exclusive license for it. Huawei got banned in May when Trump administration declared it as a national security threat.

Huawei suppliers like Micron Technology, Western Digital Corp and Qualcomm Inc. are those companies which are trading with Huawei. Shares of these companies are continually falling from last few days because they’re not getting any license for selling with Huawei. Trump already said that he would ease up restrictions put on Huawei.

However, when China has decided to stop purchasing from US farmers, Trump is changing his policies. Last week Trump shocked everyone when he said to levy additional taxes of 10% on Chinese goods worth $300 billion from Sept 1. Huawei is a Chinese company which is one of the largest buyers of semiconductors from the USA. There are many big and medium level companies which are dependent upon Huawei for sale and supply of electronic products. Qualcomm and Broadcom Inc, CEOs met Trump in July for resolving issues with Huawei since it’s affecting their businesses. Xilinx Inc and Micron Inc released a statement which shows they’ve applied for licenses for making a trade with Huawei. Trump administration has tried to talk with Chinese President Xi Jinping the matters related to Trade disputes. However, there are ample chances that there won’t be any trade talks in the upcoming months.