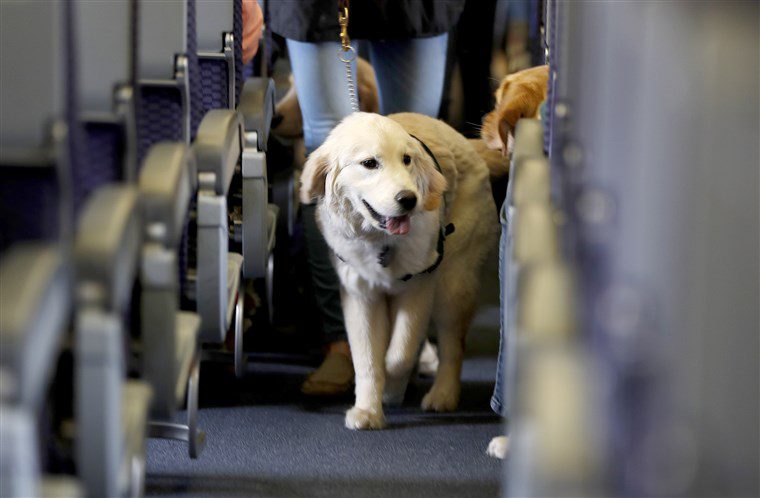 The DOT’s new rule was finalized after getting 15,000 public comments. It also cleared that these animals will be allowed to travel in passenger cabins but airlines have no obligations to accommodate them. According to DOT officials, the final rule addresses the concerns regarding service animals on aircraft raised by airlines, individuals with disabilities, airports, flight attendants, and other members of the public. The rule will be effective a month after it is published in the Federal Register. The new rule has more stringent control over the travel of service animals by individual airlines. The airlines have been allowed to have DOT forms regarding the health, training, and behavior of service animals.

On the other end, DOT’s new rule has stopped airlines from issuing breed restrictions. According to an estimate by the industry trade group Airlines for America, there has been a rise in the number of emotional support animals traveling aboard commercial flights. The development is crucial because the increase in the number of emotional support animals led to a major concern. Particularly when these animals misbehaved and caused harm to the human. In 2019, a flight attendant was bitten by an emotional support dog and received five stitches. The incident took place on a flight out of Dallas/Fort Worth. DOT said that they have received multiple reports where children were severely scarred. Even lawsuits were filed in some incidents. On the other hand, some travelers said that they will stop flying if emotional support animals are banned.