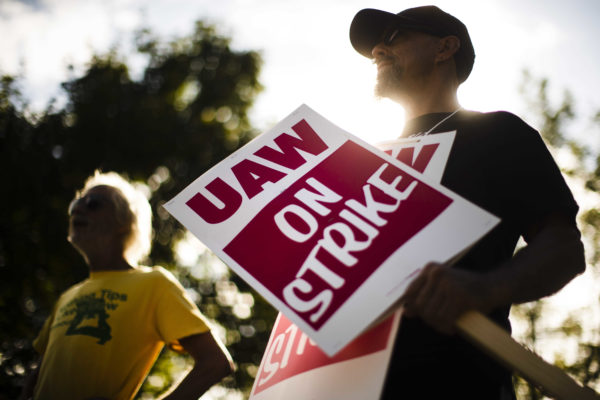 A few days ago, The united auto workers (UAW) came together to strike against GM, which is one of the largest automaking companies in the world. Since it’s been seven days this strike is going on and the report shows workers are in no mood to end this strike. More than 49000 workers have quit their jobs to participate in this protest, and it’s increasing every single day. UAW spokesperson told reporters that they are still talking with the company.

General Motors is going through a difficult phase since many politicians are already supporting the workers’ protest. A few months ago, General Motors decided to shut major factories in North America, which has resulted in unemployment in the auto sector. Trump already criticized GM for shifting its major factories into Asia for the sake of saving labor cost. Now Elizabeth Warren has also joined workers and protested against the company in Detroit. She said that GM is not showing any sort of loyalty towards US workers hence moving its factories in Asia or Mexico. Joe Biden also met protesting workers and talked with them about their demands and problems. Trump is trying to solve this issue quickly by forcing GM to sign a contract with workers. However, now, it will be interesting to see how GM will respond to this protest.