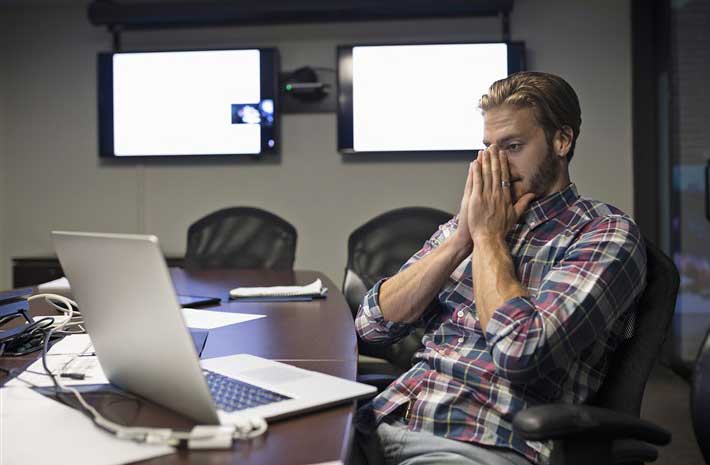 It has been proven time and again that certain health-related habits such as sleep and exercise can impact people’s professional efficiency in the long term. However, people know very little about the short-term effects of such habits.  A new study has shown that unhealthy eating habits such as late-night snacking can lead people to be less productive and make them feel lethargic at the workplace the next day. For the first time, the study has been able to show immediate effects of unhealthy eating.

The study has shown that how unhealthy eating affects people’s workplace behaviors and performance. The corresponding author of the study, Seonghee Cho, who is an assistant professor of psychology at North Carolina State University, has said that experts have tried to find out whether unhealthy eating habits such as late-night snacking can negatively affect workplace behavior of people the next day.

Nearly 97 full-time employees have been enrolled in the study from the US. Experts have asked a set of 10 questions to each participant three times a day for 10 consecutive working days. Each day, participants have responded to questions linked to their physical and mental wellbeing before going to work. At the end of each working day, volunteers have informed the experts about their whole day at the workplace. In the same way, they have responded to questions about their eating drinking habits before going off to sleep.   The findings of the study have been released in the Journal of Applied Psychology. Health experts have defined unhealthy eating as incidents when people think that they have eaten too much junk food, and when they have consumed an excessive amount of drinks, or if they feel that have been indulged in too much late-night snacking.

The study has shown that people, who have been indulged in unhealthy eating habits, are prone to have physical issues such as headaches, stomachaches, and diarrhea the next morning. Experts have said that people who are engaged in unhealthy eating habits are more likely to have emotional stress the next morning. People tend to feel ashamed of their food choices the next morning, said the experts. The authors of the study have said these emotional and physical strains have been linked to behavioral changes in how people act at the workplace the entire day.

The study has noted that when people have complained of having physical and emotional strains linked to unhealthy eating habits, they have shown a decline in helping manners and a rise in withdrawal behavior at the workplace. Helping behavior is defined as taking an effort out of the way to help other colleagues at the workplace. Withdrawal behavior has been defined as evading work-related issues. Experts have said that people who are emotionally secure are better at handling issues and cope with stress at work, as they are less impulsive and have dealt with less adverse effects of unhealthy eating. The behavior of such people who are emotionally secure tends to remain the same even if they go through physical and emotional strains at the workplace, said the experts.

Dr. Cho has said that the study has clearly shown that unhealthy eating habits can have immediate effects on workplace behavior. Experts have said that healthy eating is not just about nutritious food. It is defined by the individual dietary needs. It is determined by how when and what people are eating.  Health experts have said that companies should pay more attention to their employees’ dietary needs and help them indulge in healthy eating to enhance their performance at the workplace. It will help improve the physical and mental wellbeing of their employees, said the experts.