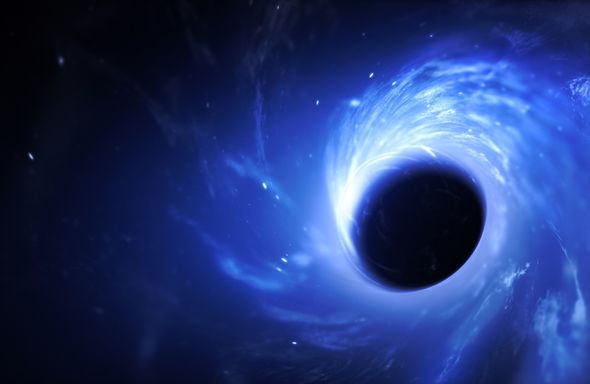 The existence of black holes was first predicted by renowned physicist Albert Einstein. He used his general theory of relativity to discover black holes more than 100 years ago. Black holes are basically a place in space where gravity is extreme. The gravitational force doesn’t allow anything even the light to escape. Physicists have now made a new discovery about black holes. They said that black holes exert pressure on the space surrounding them. These Physicists have observed that black holes’ environments are exerted by pressure. They said that the discovery is in line with Stephen Hawking’s five decades old prediction about black holes. Hawking’s had said that back holes emit radiation. This leads to their shrinking over time as there is no accretion.

This is the first time when such a discovery has been made by physicists. They concluded that performing calculations can help in understanding the horizon of a black hole. Earlier, it was believed that black holes were motionless. Physicists said that black holes are complex thermodynamic systems. It means that they have not only a temperature but also pressure. The latest study said that quantum gravitational corrections were observers during an equation. Physicists confirmed that quantum gravity leads to pressure on the environment of black holes. They said that black holes are a laboratory for probing the interaction between quantum mechanics, gravity, and thermodynamics.

Stanford University physicists’ made the discovery accidentally. Scientists had earlier observed light directly from behind a black hole. This attested to a scenario predicted by the general relativity of Einstein. This was the first time when scientists confirmed detecting light from behind a black hole. Scientists claimed to observe a series of bright flares of X-rays-exciting. The black hole is said to be at the center of a galaxy. The galaxy is around 800 million light-years away from Earth. Scientists, however, couldn’t see anything behind the black hole. This is because when a light goes into a black hole doesn’t come out.