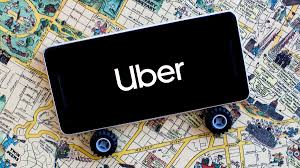 Uber seems to be on a selling spree as it has now decided to handover its air taxi business to Santa Cruz-based startup Joby Aviation. The deal was announced by both companies in a joint statement. Under the deal, Uber will be investing USD 75 million into the startup to help it build a flying taxi. Uber has also agreed to become partners with Joby Aviation when the flying car will be ready to reach the market. Joby has already been investing in developing an all-electric passenger aircraft capable of vertical take-off and landing. Joby was among the first partner of Uber that had announced to develop an air taxi service by 2023.

Uber said that the investment of USD 75 million is over and above USD 50 million funding that was secretly made as part of Joby’s Series C funding earlier this year. Joby Aviation has so far raised USD 820 million in funding. Out of this, the ride-hailing service provider has invested a total of USD 125 million. Uber CEO Dara Khosrowshahi said that advanced air mobility is the future of transportation and it has the potential to play a great role for future generations. “Joby is the clear leader in the air mobility business and this deal will deepen our partnership. This will also accelerate the path to his market for these future technologies.”

While Joby is undoubtedly one of the leaders in this field, but it is a fact that Elevate plays a very crucial role in shaping the nascent industry. Joby Aviation CEO JoeBen Bevirt said that the Uber Elevate team has developed some remarkable software tools as they have a decade of experience in on-demand mobility. The move comes a day after it sold autonomous driving research unit Uber Advanced Technology Group to Aurora Innovation in a complex deal. The ride-hailing company is apparently doing this to focus on its core business and reach profitability. Uber has decided to focus just on ride-hailing services but will continue to have an interest in micro-mobility. The terms of the deal between Joby and Elevate are similar to two other deals Uber signed this year.