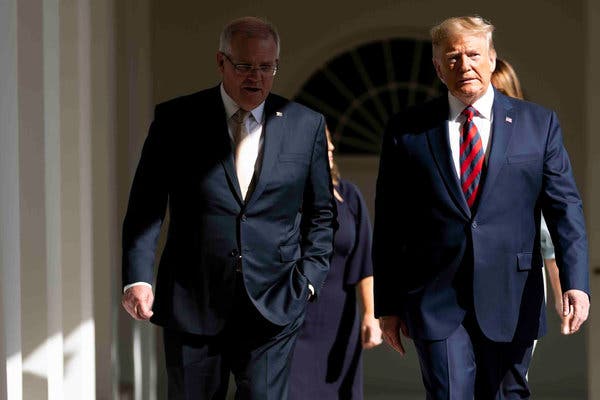 Home / Trump Called China A Threat To The World

Trump Called China A Threat To The World

World’s most significant countries the US and China are currently going through one of the biggest trade wars in history. However, since both countries are soon going to meet and discuss trade deals, Trump has put fire on it by calling China a threat to the world. Trump, while addressing a group of people, said that China is a threat to the world. The only reason why it’s signing a trade deal is because of Trump’s decision of putting taxes on Chinese goods and services. Trump said that China is using the money earned from the united states of America to build and increase its army.

The controversial comments from Trump came right before both countries have agreed and discussed trade deals in upcoming days at Washington, DC. Trump said that China is becoming a threat to the world because it’s building an army faster than anyone else. He also pointed out the serious issues which the US is dealing in terms of trade with China. Earlier, he mentioned that China is manipulating currency and using it in many ways.

Even though 2020 re-elections are now only a few months away, Trump said he would not approve an interim trade deal with China. Because of the ongoing trade war issue, the economy of the USA has diminished. Many economists are predicting that if the same situation goes on continuously, then people might witness another great recession. Trump said he is ready to sign a trade deal with China only if the country agrees to their terms. Otherwise, he might impose another round of massive amount of taxes. Trump said he is looking forward to signing a big trade deal and not a small one which is not going to solve the long term problems. Trump has already imposed taxes on Chinese goods worth $360 billion and willing to do more.