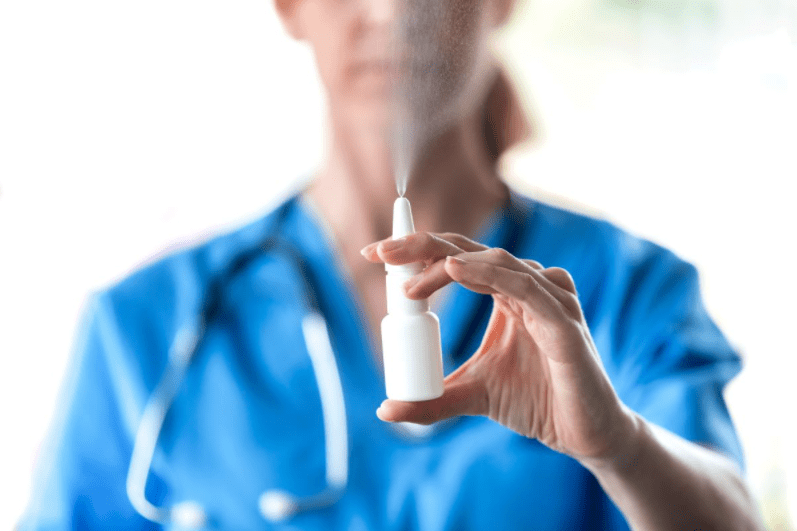 The National Institutes of Health (NIH) has been keeping a close watch on the development of a nasal spray that is being designed to treat COVID19 infection. The director of the NIH Dr. Francis Collins has recently informed about the progress of the nasal spray. He has said that nasal spray is based on therapeutic antibodies that can be directly delivered to the body through the nose. Dr. Francis Collins has said that preliminary findings of the preclinical studies have shown that it might be more effective as compared to currently available antibody treatments in the fight against the SARS-CoV-2 virus. He has said that since new variants of concern have emerged, existing antibody treatments might not be that effective against these variants of coronavirus, said Dr. Collins.  A team of Chinese scientists along with the University of Texas has been working together on this nasal spray. The development of the nasal spray is being funded by the NIH. Experts who have been involved in the study have said that the nasal spry carries COVID19 antibodies that enter the body via primary sites of the infection such as nasal cavities. It makes the virus unable to enter these areas and infect other parts of the body. Scientists have already licensed this nasal spray. However, there is a need for a clinical trial to verify the efficacy of the nasal spray.  Dr. Francis Collins has said that if everything goes as per the plan, experts will have another line of defense to fight against COVID19.

The NIH has been testing a wide range of treatments to fight against COVID19 for a long time. Scientists from the NIH have said that they have found a drug called Tempol that might be an effective oral antiviral drug that can prevent the infection from the SARS-CoV-2 virus that leads to COVID19 disease. The drug can damage the viral enzyme of the disease that is also known as RNA replication. The RNA replicate is the enzyme that helps the virus to make copies of its genetic material once it infects the host cell. Dr. Diana Bianchi, who is the director of the National Institute of Child Health and Human Development (NICHD), has said that there is an urgent need for easily available antibody treatment. Dr. Bianchi has said that a drug that can prevent the virus from replicating will be a vital tool for reducing the severity of the disease. The NIH has said that there are many drugs that have already been recommended to treat severe patients with COVID19. These antiviral drugs also consist of remdesivir. Remdesivir has been authorized by the US Food and Drug Administration (FDA). This drug has been developed by Gilead Sciences. The drug has been the first drug that has been fully approved for use in the US for COVID19 patients.

Pfizer as well has started testing an antiviral drug to treat COVID19 patients. The clinical trial of the drug is being conducted in the US at present. Preliminary data have shown that the drug might be quite effective in treating patients who have been diagnosed with COVID19. The drug being developed by Pfizer might be effective against other coronaviruses as well, said the experts. A team of scientists has said that there is another potential drug that might be effective in ending the pandemic. Merck and Ridgeback Biotherapeutics have conducted a first stage testing of an experimental drug that is called Molnupiravir. The trial has shown promising results in reducing the viral load in COVID19 patients. The drug will be given as an at-home pill in a five-day treatment. The drug can prevent the virus from replicating before it causes major harm to the body.