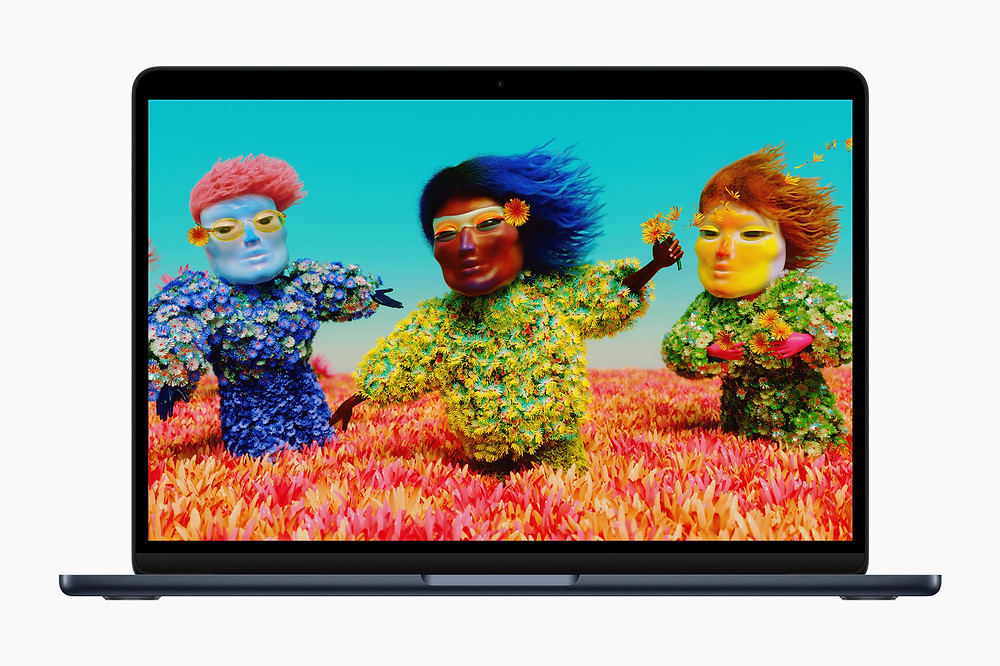 The M2 MacBook Air Cuts Too Many Corners, Costing US$1,199

In June 2022, Apple announced a completely redesigned MacBook Air based on its new M2 chip, which was subsequently released on the 15th of July, 2022. The M2 MacBook Air is almost like the M1, which comes with two different options: one with an 8-core GPU and the other with a 10-core GPU. Macworld tested and reviewed both these models; one is a step-up model starting at US$1,499, and the other is an entry-level model with storage of 256GB, costing US$1,199. The step-up model, has a storage of 1TB and RAM of 16GB, costs US$1,899.

This major difference in prices has led to knowing what exactly users are getting in return after paying that additional fee. As a result, it can be considered that a user is getting quite a lot.

The model with 8-core GPU, comparatively less RAM, and an SSD configuration appeared as less than optimal for read and write speeds. This cheapest version of the MacBook Air faces many difficulties in order to compete with its costlier version. In some cases, it performed surprisingly well, whereas, in certain areas, it didn’t.

Listed below are reviews by Macworld on the M2 MacBook Air to learn more about the performance benchmarks of both of these models.

Macworld started their review by examining its processing power using Cinebench R23 CPU and Geekbench 5 benchmarks. They didn’t expect a significant difference here because the Airbooks released in 2022 have a similar processor with the same number of CPU cores; however, the tested top-end model comes with twice the RAM (16GB vs. 8GB).

CPU benchmarks generally give an idea of a machine’s speed on paper, but to know how these Macs will work in the real world, Macworld sets them in the usual battery of stabilizing, exporting, and encoding tasks in HandBrake 1.5 and iMovie.

After exporting a 4k file at high settings, there was hardly any difference in the speed of the M2 MacBook Air. However, there is a significant performance loss in every other test when using the cheaper version of M2. Exporting the file at ProRes settings took 27.6% longer, whereas stabilizing an iMovie clip took 43% longer.

In HandBrake tests, it has been observed that the 256GB version was slower than the 1TB model by 27.2% and 20.4%, respectively. In both cases, it was closer to the M1 version in terms of speed than its own sibling.

Macworld tested the speed of read and write of the particular reviewing Macs by using a test called the Blackmagic Disk Speed Test. It was very interesting to see how the base Air MacBook performed in this test because its SSD is up to 30% slower on write-speed and 50% slower on read-speeds. (Based on teardowns of the device, the explanation is that Apple uses a single 256GB chip instead of two 128GB, like last year.)

The MacBook Air with 256GB was not able to challenge these dire prognostications. On average, write speeds were 50.2% slower than the 1TB, while read speeds were 47.9% slower, which was way worse than anticipated. In both cases, the entry-level MacBook Air is extensively slower than the model released in 2020. Users will not notice any slowdown in this model while using the MacBook on a daily basis, but for the price that users pay, which is US$1,199, SSD performance should be much stronger.

In the end, they examined the performance of both MacBooks while running two demanding games at a time, namely Civilization VI and Rise of the Tomb Raider. Benchmarking mode is available in both of these games, which allows the measurement of frame rates without using any additional software.

This is one of the tests conducted by Macworld, where publicly released designs by Apple for the two different devices caused users to expect a major differential. In simple words, the Air with 1TB of storage has a 10-core GPU, whereas the model with 256GB only has 8 cores, which is lower by two core GPU, thus lower frame rates are expected.

However, the results of this test were somewhat confusing. The numbers of Tomb Raider games were mainly expectable, with the Air having an 8-core GPU that was 43% slower at high settings whereas 26% slower at medium settings. If compared to the M1 model from 2020, frame rates for the entry-level M2 were lower in both cases. Meanwhile, the inexpensive version of Air performed well above its weight on Civilization VI, while it performed as compared to the 1TB MacBook Air with M2 on high settings, and to some extent, it was better on a medium setting.

Undoubtedly, the top-end version of the MacBook Air is a better gaming device, but the cheaper version, doesn’t appear as expected.