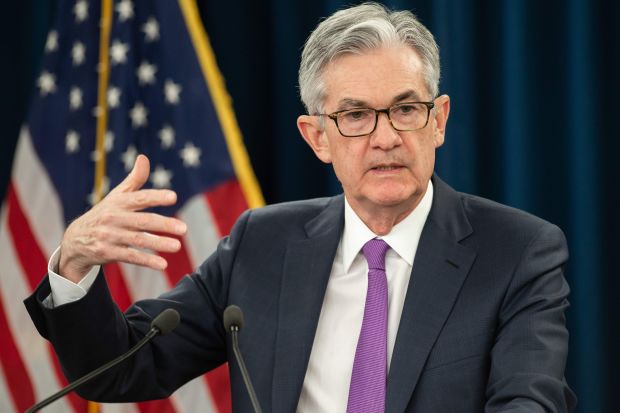 Home / The Fed Has Decided Not To Cut Interest Rates

The Fed Has Decided Not To Cut Interest Rates

When it comes to managing a country’s economy, the government of it must have good relations with a reserve bank. It seems like Trump administration is trying to implement those policies which are not liked by fed. Now, as a result of such things, the Federal Reserve has decided not to cut interest rates because of Trump’s decision of starting a trade war with China. Now some group of experts are predicting that the US economy might get into recession since the rate of unemployment is increasing at a faster rate plus the growth of US economy is also diminishing.

Trump has always been a high critic of Feds because thinks if US economy went down, then it should be the fault of Fed since they haven’t cut rates of interest. However, now the situation has changed because trade war has dragged the US economy down, and the country might go into another recession. The Fed is still not going to cut interest rates until they receive the result of G-20 summit, which is going to happen at the end of this month. At G-20 summit, it’s possible that the president of China and the US are going to meet and discuss this matter of resolving trade war issues. If things don’t go as planned, the Fed might have to take some serious steps into this geopolitical situation.

Even if some political pundits are not happy with actions of Fed, but economists still support the efforts of the Fed. They think the Fed is going to look at the data and then will evaluate whether it’s necessary to cut down the rate of interest. Trump administration is going to try to have a good trade deal with China to end this trade war at G-20 summit. But, it will be interesting to see whether Fed is going to take necessary actions of cutting interest rates at the end of this month.