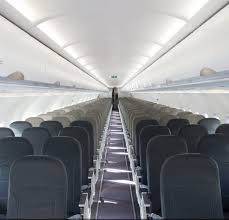 Home / The Airbus A321XLR is not a Concern for Boeing

The Airbus A321XLR is not a Concern for Boeing

According to Boeing, the long-range narrow body will only occupy a “fraction of a percent” of the market.

The Airbus A321XLR service launch is expected to revolutionize narrow body operations. The XLR can fly for up to 11 hours and has a range of 4,700 NM. This is ideal for connecting distant cities with low-capacity service providers.

Boeing doesn’t have anything that could directly compete with A321XLR. The 737 MAX 10, its largest narrow body, is not yet in service. It can carry between 188 and 204 passengers but not as many as the A321neo’s 180-220 passengers. Boeing is also missing the additional fuel tanks Airbus has added for the XLR’s ambitious range. This means that Boeing is a significant 1,500 NM short of the XLR.

During the unveiling of Boeing’s annual Commercial Market Outlook, Darren Hulst (Vice President – Commercial Marketing) spoke briefly about the niche opportunities in the long-haul single-aisle market. Long-haul is flights that travel over 3,000 miles or 5,000 kilometers. The interesting thing about this is that smaller planes aren’t being used for long-haul flights any more than they did 10 or 15 years ago.

Boeing estimates that flights over 3,000 miles represent 0.2% to 0.3% of the single-aisle market. Hulst says that the XLR is not very popular.

Boeing believes that the vast majority, or 30,880, of the narrow body aircraft required by 2040 will be standard-issue narrowbodies performing simple short-haul work.

A fraction of the market

Airbus is eager to fulfill its promise of service entry now that the A321XLR has flown its first flight. The type is in stock at 500, with orders from all sectors of the industry. The type will be delivered to low-cost airlines such as Wizz or IndiGo and full-service carriers like United and Qantas.

Boeing doesn’t see this threat even though there are 500+ aircraft on the market. Hulst pointed out that even if long-haul narrow-body flights had a doubled frequency, it would still be around 0.3 to 0.4% in total operations. Hulst stated that any growth would likely be exacerbated by the fact that the single-aisle market is growing.

Let’s not forget that the rest of the single market will continue to grow at historic rates. In many cases, it will grow at a faster-than-average rate compared to other parts.

“So I believe that this relationship will largely hold.”

“It’s certainly an interesting niche, but it’s probably still a fractional of the market.”

The XLR will take on the NMA role.

Boeing had planned a new mid-sized plane for years to replace the 757/767 family. It was unclear whether the new airplane would be a long-range, wide-body flying pencil similar to the 757 or a lighter, wider-bodied option. Despite the 737 MAX tragedy, the plane maker abandoned the project. It is still working on its plans.

Hulst mentioned that the XLR could be used to replace older Boeing aircraft. He commented, “From my point of view, many of these airplanes are substituted for aircraft such as the 757 and others.”

Boeing can’t do much about this issue now, even though it is likely to be a problem. Although it has been forced to halt development, the company is now in a weaker market segment. However, given the difficulties with the 737 MAX and 787 Dreamliner, it was the right decision.