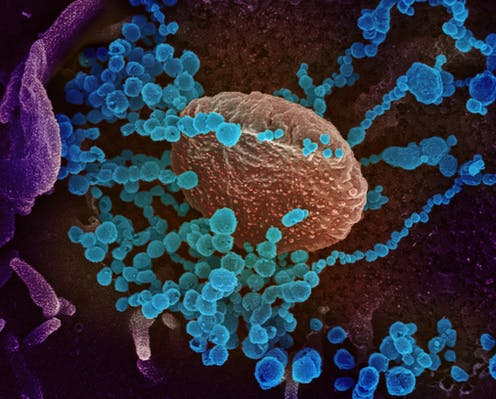 The COVID19 pandemic has ensured that the year 2020 will be deemed as an infamous year in the history of human disease. However, experts have revealed that the dark phase of the pandemic might have left some positive surprises as well. A new study has found that an outbreak of a mysterious paralyzing disease, which has been predicted to occur in 2020, has failed to show up on schedule due to the COVID19 pandemic. The paralyzing condition is known as acute flaccid myelitis (AFM). It is a polio-like neurological disease, which majorly targets children. It can lead to muscle weakness and in extreme cases, it can cause permanent paralysis and even death, said the experts. As per the report, there have been quite fewer cases of the AFM for decades. However, in recent years, experts have seen larger outbreaks of AFM across the US. According to experts, this disease reoccurs every two years. A past study has linked this rare disease to a virus that is known as enterovirus D68 (EV-D68). Experts have no clue about how this virus manifests the symptoms of this disease AFM.

In the new study, the first author of the study Sang Woo Park has observed the patterns of cases that are linked to EV-D68 from 2014 to 2019. Dr. Sang Woo Park is an infectious disease modeler at Princeton University. Experts have found that the virus has been staging major resurgences of the disease in even-numbered years such as 2014, 2016, and 2018. As per the experts, it might be due to some climate-based factors. The data has shown that another outbreak of the disease has been due in 2020. Experts have claimed in their study that a major EV-D68 outbreak and hence an AFM outbreak might have given a major blow in 2020 under usual epidemiological situations. However, the world has been struggling with an extraordinary situation, since the COVID19 pandemic has hit people’s lives significantly. That is the reason the predicted combo of EV-D68 and AFM outbreak has never occurred. As per the data, the US has reported more cases of COVID19 as compared to any other country in the world. The US government has promptly put all the precautionary measures such as social distancing, mask-wearing and quarantine, and isolation policies in place to curb the further spread of the SARS-CoV-2 virus. Experts have said that these precautionary measures might have curbed the outbreak of EV-D68 and AFM during the COVID19 crisis.

The data has shown that there have been around 153 cases of AFM in 2016 and 238 cases in 2018. Experts have said that only 31 cases of AFM have been reported in 2020. It is good news, but there is no scope for complacency, particularly as an unplanned gap year of EV-D68 might have left an abnormal void in viral immunity among people in the US. The team of experts has said that the number of people who are susceptible to the disease might have shot up due to the gap year of 2020 and a low number of cases in 2019 and a low level of viral immunity among people. It might increase the probability of a massive outbreak taking place in the future. Scientists have said that if social distancing prevents the outbreak of the disease, then the pool of vulnerability as well will increase even further. The findings of the new study have been released in the journal called Science Translational Medicine.