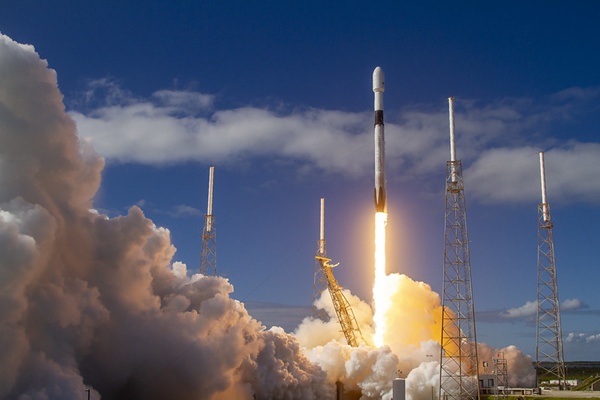 The American aerospace company SpaceX has successfully launched 60 new satellites. The launch was a step forward by the company to meet its founder Elon Musk’s dream to develop the world’s largest low-Earth orbit broadband constellation. The tech mogul wants to provide cheaper Internet access to people worldwide. The 60 Starlink satellites were placed into low-Earth orbit using Falcon 9 rocket. The satellites were launched from Cape Canaveral Air Force Station, Florida. According to the space company, these satellites are part of the second batch of SpaceX’s broadband constellation. The satellites will be deployed at an altitude of 280 km to beam broadband Internet services. It said that engineers will now conduct detailed data reviews to ensure all the satellites are operating as planned. The company statement added that these satellites will them move into their intended orbits. The satellites will use onboard ion thrusters for the purpose.

The company said that it is moving ahead on the right track with all logistics in place to offer cheap satellite-broadband service. It is expected that Starlink services could become a reality for commoners in the US and Canada soon. Besides providing cheap Internet to the world, Musk also wants to connect with the populations with less or no connectivity. The SpaceX added that the components of all satellites are purely demisable. The satellites will burn up quickly in Earth’s atmosphere after the end of their life cycle. This has enabled the company to exceed all standard safety parameters.

Astronomers have alleged that the bright satellites have the potential to put scientific observations of the night sky at risk. They noted that SpaceX has already obtained the spectrum for at least 12,000 such satellites. Under the Starlink project, the Elon Musk-owned company will place over 12,000 satellites into the low orbit of Earth. The company recently sought permission to launch more than twice of the approved satellites. The Starlink project is considered additive to SpaceX’s core business of space launch services.