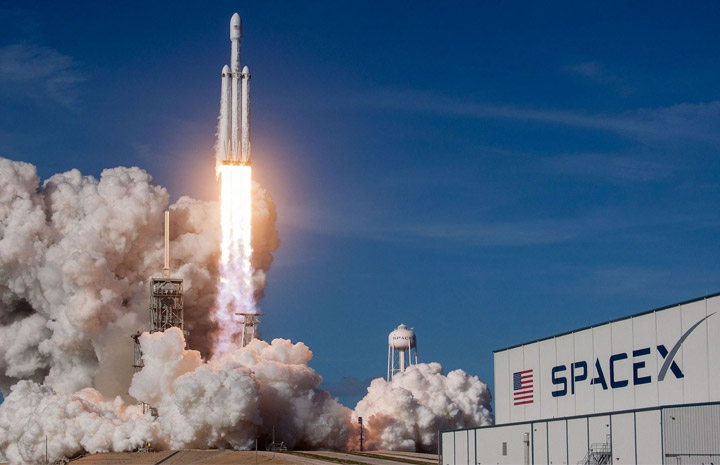 SpaceX Falcon Heavy seems in no mood to stop its adventures. The latest reports confirm that the rocket is expected to carry out more and more missions in the near future. According to an official statement released by Viasat, SpaceX Falcon Heavy Rocket would be launching a new-generation broadband satellite between 2020 and 2022. While the launch is nowhere near, it is clear that the industry leaders trust the performance and capability of the Falcon Heavy Rocket. In the past weeks, SpaceX has managed to sign two contracts to launch space objects using the Falcon Heavy.

Compared to the other normal launches, however, the contract from Viasat is promising for Falcon Heavy in the form of capability. The next-generation broadband satellites need to be launched in such a way that it reaches the closest space of the geostationary orbit. Such a launch would require a longer spaceflight — something that SpaceX has demonstrated during the test flight it did in February this year. During the test flight, SpaceX was able to take a Tesla Roadster from earth and leave it into the solar system, where it would be traveling for a long period of time.

SpaceX is not the only company that Viasat is relying upon for the launch of the Viasat 3. Instead, the company has made ties with several firms so that the diversity of the project can be ensured in the long run. “We selected SpaceX as they continue to demonstrate their commitment to advancing space technologies. Their proven technology is both powerful and efficient enough to thrust a ViaSat 3 spacecraft close to geostationary orbit,” said the official spokesperson for Viasat while mentioning why the company preferred SpaceX over the other candidates for the purpose. SpaceX officials said that they are happy for the contract and are excited to take the latest technology to the right orbit.