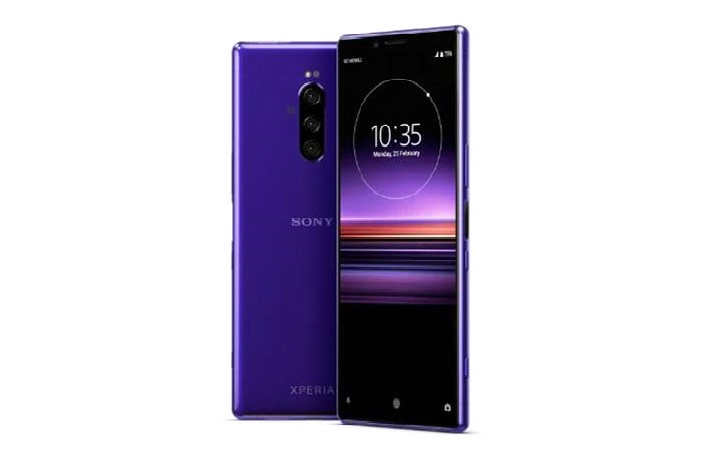 In a surprise leak, Sony is ready to launch its new flagship device for this year. According to the recent leaks by “Evleaks” twitter handle, we got the sneak peek of the new flagship device from the company. Evan Blass shared the renders of this device on his twitter handle. He mentioned that the name of this is “Xperia 1” and not any other as Sony is not familiar with the more straightforward device model names. Sony previously launched their flagship devices under XZ series lineup and now following the simple naming system for their smartphones.

In the image leaked by Evan Blass, we can see the stunning smartphone in purple color. He claimed that the device bears the name “Xperia 1” and we can spot a few different features. The first noticeable feature is the “triple-camera” setup on the phone. The three cameras are arranged in the vertical grid and accompanied by the flash on the top side. We cannot spot any fingerprint sensor in the backside as the phone might come with an on-screen fingerprint sensor. According to the leaker, this device will have a 4K OLED screen, just like the other smartphones launched by the company.

The phone was already rumored to be launched by Sony. According to the rumors, the device will have 21:9 4K OLED Display. Qualcomm Snapdragon 855 chipset, 6GB of RAM, 4,400 mAh battery and also 128GB of internal storage. Although, we are not sure about this rumors as the device might come in other hardware configuration as well. The device is expected to hit the markets very soon, as they’ve launched the teaser video of the 21:9 aspect ratio display. Sony would launch this device in Mobile World Congress Very soon.