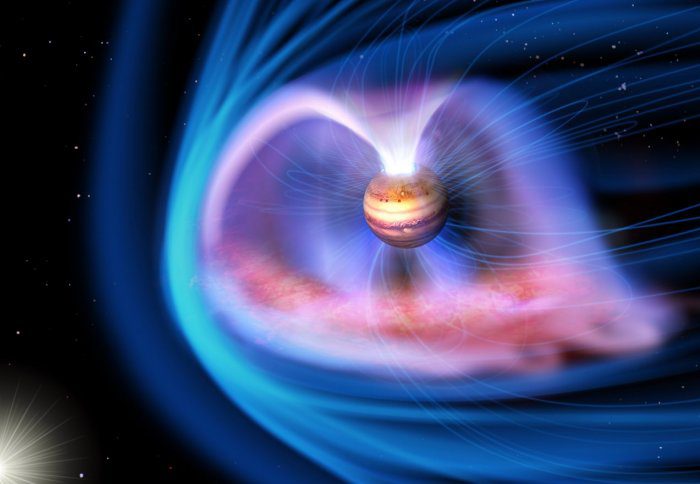 Scientists have decoded the mystery behind the high temperature of solar wind. When the solar wind reaches Earth, it is much hotter. Scientists have for long wondered why the wind is hot when it should cool down as it approaches Earth. Questions have been raised about why solar wind does not cool down fastly as expected. Scientists have now found the answer using supercomputers. Researchers at University College London said solar wind stays hot for a long because of a phenomenon. It is called small-scale magnetic reconnection. The magnetic reconnection is formed in the turbulence of hot gas that originates from the Sun. Notably, when the solar wind reaches Earth, it is 10 times hotter. The temperature of the wind is about 100,000 degrees Celsius.

The solar wind originates from Sun’s outer atmosphere where the temperature is a million degrees Celsius. The phenomenon takes place when two opposing magnetic field lines reconnect with each other after a breakdown. This process releases huge amounts of energy. It triggers large flares. The flame erupts from the outer atmosphere of the sun. The phenomenon occurs spontaneously. Therefore, there the solar wind is turbulent all the time. The reconnection happens in an area spread over hundreds of kilometers. This space is, however, very tiny when compared to the dimensions of space. Scientists used the power of supercomputers to decode the puzzle. They observed the magnetic reconnection events and are still continuing the analysis.

Researchers said that they are yet to confirm the predictions. The team will compare the data with that collected by the European Space Agency. The agency in February 2020 launched a Sun-observing satellite. It is called Solar Orbiter. The satellite’s objective is to measure the inner heliosphere of the sun. It will also observe the polar regions. The agency is hopeful that the Solar Orbiter will help in finding solar wind’s origins and causes. Researchers said that understanding small-scale magnetic reconnection and turbulence in the solar wind can be a breakthrough in understanding the mysteries of the sun.