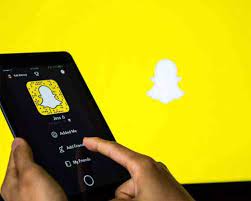 Snapchat has announced a major change in its Scan feature. The social media giant has said that it is upgrading the visual search features. This will put the feature at the center of the app. Notably, Snapchat launched the Scan feature two years ago. The feature allows users to know more about objects. Users only require to point their smartphones at objects they wish to know. The company has now introduced an update to the feature by prominently placing the scan feature on the screen. The feature is now located under the camera’s shutter button. This, the company said, will increase the feature’s functionality. The company had announced the feature at its Partner Summit event in May.

Snapchat said that the new capabilities will suggest lenses and music based on the users’ surroundings. Notably, the company has been testing with the visual search for a long time. The feature helps users to identify objects including plants, scan food, solve math questions, and more. This is possible with the in-app camera. But to access this feature, users are required to make additional efforts. Users had to go for extra taps. This ultimately didn’t allow users to explore the feature and it remained overlooked. The new update will cut the need for extra taps. The scan will be visible to users whenever the camera is open. The company said that the upgrade will let users scan many more objects.

The upgrade is being rolled out to iOS app users first. It will be extended to Android users shortly. The company said that highlighting the visual search will unlock a new kind of AR experience. Snapchat said that the scan feature will now suggest to users different ways of using the camera. It said that Snapchat lenses can identify more than 400 breeds of dogs, 90 percent of plants and trees, over 450 car models, and more. The company is also introducing several new features and abilities to shop for apparel using the camera.