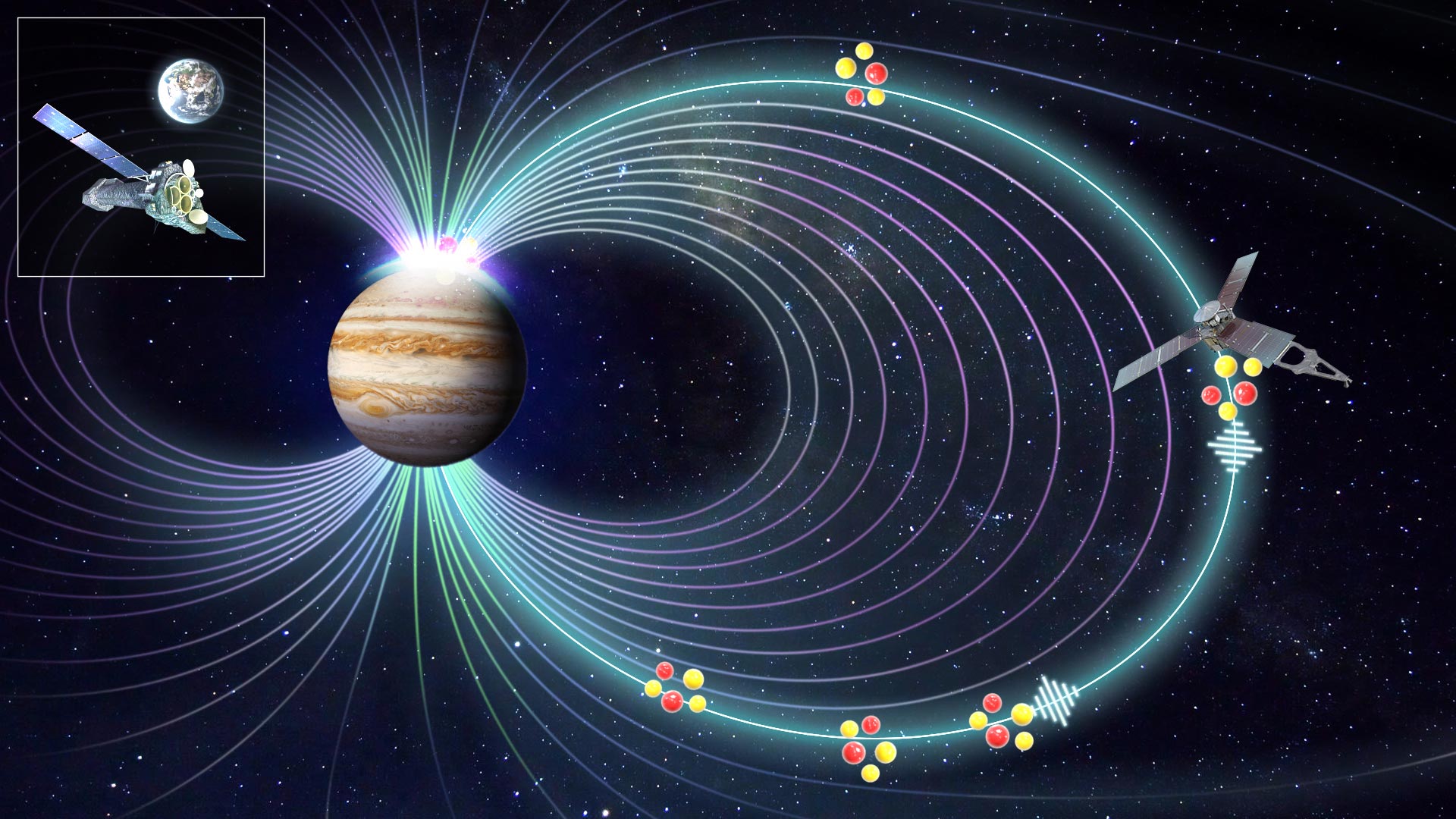 Scientists have claimed to solve a mystery involving planet Jupiter. The X-ray auroras of Jupiter were unsolved for nearly four decades. Scientists used data obtained from NASA’s Juno mission and ESA’s XMM-Newton to solve the mystery. They claimed that flares of X-rays are similar to those on Earth. It suggests that the northern lights could have similarities with those of Earth. Scientists combined data from the two missions to explain the powerful X-ray auroras. Scientists said that it is a common phenomenon. It is shared by other planets as well. Notably, the northern lights were first discovered 40 years ago on Jupiter. Astronomers since then have tried to explain the mechanism. NASA called these auroras a powerful mystery.

The Juno spacecraft was launched in 2011 and it entered Jupiter’s orbit in 2016. Scientists combined the data with those collected from the X-ray telescope of the ESA. They found that auroras are caused by a phenomenon that occurs on Earth. They said that fluctuations of the gas giant’s magnetic field are behind the northern lights. On Earth, the phenomenon is driven by solar winds. They explained that charged particles discharged from solar storms tear through the magnetosphere as they flow out through space. This creates a light show that appears colorful. This happens because the magnetosphere is strongly affected by magnetic fields. Jupiter has an extremely strong magnetic field. It is more than 20,000 times powerful than Earth’s magnetic field. Other factors are also at play other than the magnetic field on Jupiter that causes northern lights.

Jupiter’s magnetosphere is extremely large because it has a strong magnetic field. Therefore, the planet’s auroras are powerful than those of Earth. Scientists said that the alien magnetosphere can be seen in the sky during the night. The planet releases hundreds of gigawatts that can provide power to humans on Earth briefly. X-ray flares were discovered in 1979. Scientists were puzzled because the phenomenon is commonly linked to neutron stars and black holes. They found that X-ray flares happen at regular intervals on Jupiter. Jupiter produces a burst of X-rays every 27 minutes. Scientists looked at the Juno data to understand processes that are taking place on the planet. They noticed that that gigantic planet drags around its magnetic field when it rotates. Its magnetic field is struck particles emitted from solar.