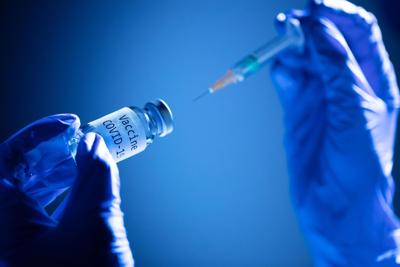 Since the COVID19 pandemic has hit the world, scientists have been trying to double their efforts to design patches that can directly deliver the life-saving COVID19 vaccine into the skin. They have said that their efforts can lead to revolutionary medicine. The new revolutionary method can help children at doctors’ offices when they go for vaccination. It will also help people who have needle phobia. Health experts who have been involved in the development of vaccine patches have said that skin patches will ease the distribution process of the vaccine, as they do not need cold-storage chains. They have said that it might even increase vaccine effectiveness as well. Experts have done a study on mice to test skin patches. A team of experts from Australia and the US has used skin patches measuring one square centimeter. The co-author of the study, Dr. David Muller has said that these skin patches have been spotted with more than 5000 microscopic spikes. He has said that these spikes are so small that they cannot be seen through naked eyes. Dr. Muller is a virologist from the University of Queensland. He has said that these spikes are layered with an experimental shot and the skin patch is connected with an applicator that looks like a hockey puck. It will be like getting a flick on the skin. In the study, scientists have used a so-called subunit shot that replicates the spike that is found on the outer surface of coronavirus. Experts have said that mice have been administered the vaccine via patches or with syringes for the duration of two minutes. The findings of the study have been presented in the journal called Science Advances.

The authors of the study have found that mice who have been given the vaccine via skin patches have endured high amounts of neutralizing antibodies after two doses. These mice have gotten antibodies in their lungs as well which is crucial in preventing COVID19 infection. Mice that have been given the vaccine via patches have done much better than mice that have been injected with the vaccine via syringes. Dr. David Muller has said that a subset of mice that have received only one dose of the shot carrying an extra element known as an adjuvant that is used to prompt the immune reaction has not fallen sick at all. Dr. Muller has said that the patch technique is more effective as vaccines are normally delivered via syringes into muscles but muscle tissues do not have immune cells that are essential to react to the medicine. On the other hand, small spikes lead to local skin death that triggers the body to respond to an infection and produces a higher immune reaction. However, the logistic advantages of the patch technique have been uncertain. Experts have said that the vaccine that is dry-coated on a patch is stable for a minimum of 30 days at 25 degrees Celsius temperature, and one week at 40 degrees Celsius temperature. While Moderna and Pfizer shots are safe only for a couple of hours at room temperature. It shows that it might be beneficial for developing nations. Skin patch vaccine is easy to use and it does not require highly trained medical professionals. A professor of engineering from Carnegie Mellon University in Pittsburgh, Burak Ozdoganlar as well has been working on the new patch technique. He has been able to create 300 to 400 skin patches in his lab in a day. However, he has not been able to examine them on mRNA shots that are being used in vaccination programs in the US. He has not been given permission by Pfizer and Moderna to use their vaccine on his skin patches. He has said that it might be advantageous for developing nations that have not been able to procure enough COVID19 shots. Dr. Ozdoganlar has said that even less amount of shot delivered via skin patched can generate an immune response that is the same as immune reaction derived from an intramuscular injection.

Skin patches that have been used in the new study have been developed by an Australian firm known as Vaxxas. As per the report, human trials of these patches are going to be conducted in April 2022. Other companies in the US such as Micron Biomedical and Vaxxes are also in the race of developing such skin patches. Vaxxes that has been established in 2013 is working on a little different form of skin patch that will have microneedles that can dissolve in the skin. Experts who are working on these patches have said that such patches need only 121 spikes made out of biocompatible protein polymer per patch. The CEO of Vaxxes, Michael Schrader has said that they are trying to develop seasonal flu and COVID19 combination product that can be shipped directly to patients’ homes. These patches can be administered by patients themselves. Experts who have been involved in the development of these patches have said that they are using a COVID19 shot developed by Medigen that has been authorized in Taiwan. The company has set up a factory in Boston to produce these patches. The US National Institutes for Health as well has funded the company. The clinical trials of this type of patch will start by next summer. Scientists are planning to immunize around 2000 to 3000 people in clinical trials with these patches. The production part remains the main challenge, as no manufacturer is able to produce enough skin patches at present, said the experts. The chief executive officer of Vaxxes, Michael Schrader has said that to launch a new type of vaccine, a company needs to make hundreds of millions of vaccine batches and Vaxxes does not have that kind of scale at present, rather no company has reached that scale yet, said the CEO of the company. However, the pandemic has given a push to the industry and now more investors are coming forward, said Michael Schrader. He has said that the new technique is going to reshape the way people are vaccinated across the globe in the next 10 years.