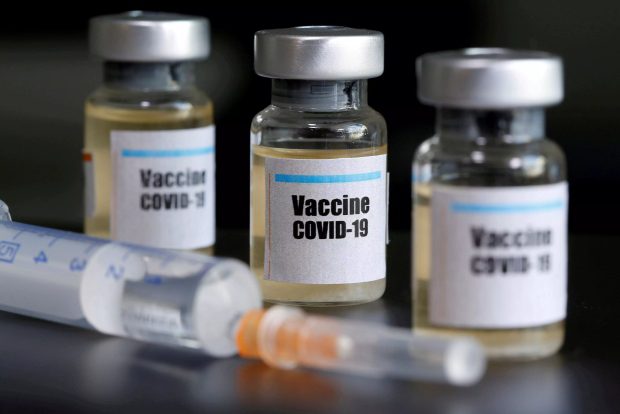 Rare blood clot cases that are linked to AstraZeneca and Johnson & Johnson COVID19 vaccines have been a huge matter of concern for health experts. However, scientists have been able to find out what might be the reason behind the issue. Experts from Germany have been studying the effects of these vaccines on people and rare blood clot cases for a long time. They have said that vaccines that deliver adenovirus vector into the body can lead bits of coronavirus proteins to enter the nucleus and break up in some people. Adenovirus vectors are cold viruses that are used to insert the spike protein of the SARS-CoV-2 virus into the nucleus of the cell, said the experts. They have said that later, the fragments of the virus can enter into the bloodstream and lead to blood clotting. The authors of the report have said that some rare clusters in the bloodstream can turn severe if the blood clots start affecting vital organs in the body. As per the new study, the fragments of coronavirus that are delivered in the nucleus instead of the fluid around it start acting as a protein factory. The life cycle of adenovirus also includes the infection of cells, entry of the adenovirus vectors into the nucleus, and ensuing gene transcription by the host transcription mechanism. Here comes the problem, as the viral piece of DNA cannot be transcripted inside of the nucleus. The study has not been peer-reviewed yet.

Experts have said that COVID19 shots developed by Pfizer-BioNtech and Moderna are not based on this technology that is the reason there are no cases of blood clotting linked to these shots. However, experts have found a way for rectifying this issue with AstraZeneca and Johnson & Johnson shots. Professor Rolf Marschalek who has been involved in the study has said that these vaccines can be redesigned. The study has found that elderly people often use blood-thinning drugs daily that reduces the risk of blood clotting. Experts have noted that elderly people show a progressive decline in immune function with increasing age; on the other hand, young people have stronger immune responses as compared to older people. They have said that women as well have a more robust immune response as compared to men. All these data imply a higher incidence of blood clotting in young women as compared to men and elderly people. As per the report, AstraZeneca and Johnson & Johnson shots have resulted in deadly rare blood clots in women who are below 60 years.

The European Medicines Agency (EMA) as well has reported a potential link between AstraZeneca shots and rare cases of blood clots with low blood platelets count. The agency has said that there have been around 169 cases of rare brain blood clot cases in the early days of April. Until April, nearly 34 million doses of AstraZeneca vaccine have been distributed across the European Economic Area (EEA), said the experts. However, the officials from the EMA have said that the benefits of taking COVID19 vaccines have outweighed the risk of blood clots. After administering nearly 33 million doses of the AstraZeneca vaccine, the UK has witnessed around 300 cases of blood clotting. Around 56 people have lost their lives due to this rare vaccine reaction. The Johnson & Johnson shot has resulted in around 28 cases of rare blood clots in the US. Due to the emergence of these rare adverse reactions to these shots, some European nations have stopped immunization with these vaccines and later have set an age limit for receiving these shots. The AstraZeneca vaccine is given to only those who are above 60 years of age in Italy. In France, this vaccine is given to people who are above 55 years and the UK has said that the vaccine should be given to people who are below 30 years of age.