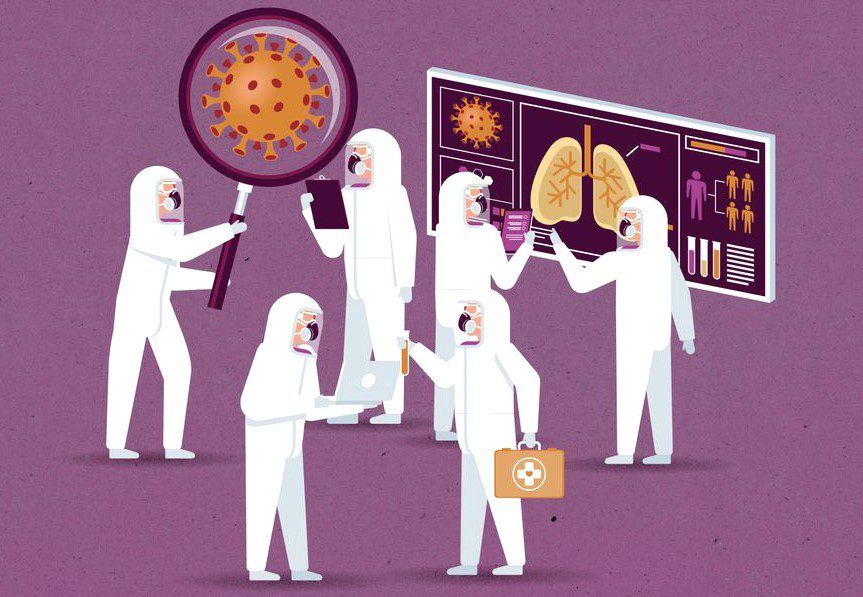 In a new study, scientists have unearthed a super antibody that might be able to provide protection from a wide array of SARS-CoV-2 virus variants along with multiple coronaviruses. The new findings might be able to help scientists in developing effective treatments and vaccines for COVID19. The new study has highlighted the concerns regarding currently available antibody treatment for COVID19. The study has been led by Tyler Starr, who is a biochemist at the Fred Hutchinson Cancer Research Center in Seattle, and his colleagues. Recently, some variants of the SARS-CoV-2 virus have picked up mutations that can easily dodge antibody defense. The authors of the study have said that this issue can be put to rest with the new super antibody.  They have tested 12 antibodies that have been extracted from the blood samples of people who have recovered from COVID19. These 12 antibodies have been isolated by Vir Biotechnology. As per the report, this company is based in San Francisco, California. This firm as well has been involved in the new study.

Those antibodies that have been examined by experts in the study, attach to a part of viral protein that latches on to ACE2 receptors present in human cells. Multiple antibody therapies that are given to COVID19 patients target the same fragment of the viral protein that is known as the receptor-binding domain (RBD).  The authors of the study have collected a group of thousands of mutations in the binding domains of many variants of the SARS-CoV-2 virus. In the study, experts as well have listed binding domains of multiple coronaviruses that are part of a group known as sarbecoviruses.

The authors of the study have looked at how these mutations impact the ability of these 12 antibodies to latch on to the binding domain. At the end of the study, they have found that an antibody known as the S2H97 has been able to stand out for its ability to stick to the binding domains of all types of sarbecoviruses that have been examined in the study. The authors have dubbed the S2H97 as a pan-sarbecovirus antibody, as it has been able to offer protection from a wide range of strains of the SARS-CoV-2 virus and other sarbecoviruses. This super antibody has been able to prevent sarbecoviruses from transmitting in cells that have been grown in the lab. Scientists have said that the antibody has been effective enough to protect hamsters from being infected with the SARS-CoV-2 virus. The lead author of the study, Tyler Starr has claimed it is the most powerful antibody that has been found so far.

Experts have said that while testing the molecular makeup of the S2H97 antibody, they have found that the super antibody sets its targets on a region of the binding domain that has not been seen earlier and is well hidden. They have said that the S2H97 antibody identifies the region that is only visible when the domain surfaces to latch on to the cell receptor. The lead author of the new study has said that molecules that can recognize this region of the binding domain can easily develop immunity against many types of viruses. He has said that this antibody can be used in pan sarbecovirus shots in the future.

Health experts who have been involved in the study have said that other 11 antibodies as well have been able to offer immunity against many strains of the SARS-CoV-2 virus, but they have been more effective in blocking the entry of an earlier known strain of the virus into human cells. These 11 antibodies have been able to bind to a smaller range of viruses, said the experts.  The team of experts has claimed that antibodies that have been able to eliminate a wide range of viruses have set their targets on those sections of the binding domain that do not change with the growth of the virus. A virologist from the University of Saskatchewan in Saskatoon, Canada named Arinjay Banerjee has said that finding out an antibody that can offer defense from multiple sarbecoviruses and strains of the SARS-CoV-2 virus is a big step forward. However, the question remains what we can do about the viruses that are still unknown to us. He has said that though it is hard to test the activity of an antibody against an unknown virus, pan-sarbecovirus therapies and shots will help experts to prepare for the next pandemic if a virus jumps from animals into humans.

However, mRNA shots have been proved to be quite effective in offering protection from some of the concerning variants of COVID19. Earlier experts have been worried about the potential use of mRNA shots among people who are dealing with weakened immune systems. Now a new study has shown that elderly people who have been diagnosed with cirrhosis or damaged liver and have been given mRNA shots FOR COVID19 have been able to produce enough antibodies. Experts have said that the mRNA vaccine will offer enough immunity to such patients to protect them from hospitalization and death linked to COVID19. The results of this report have been released in the journal known as JAMA Internal Medicine. On the other hand, the discovery of the super antibody has given fresh hopes to health experts for coming up with more effective antibody therapies to fight against the virus.