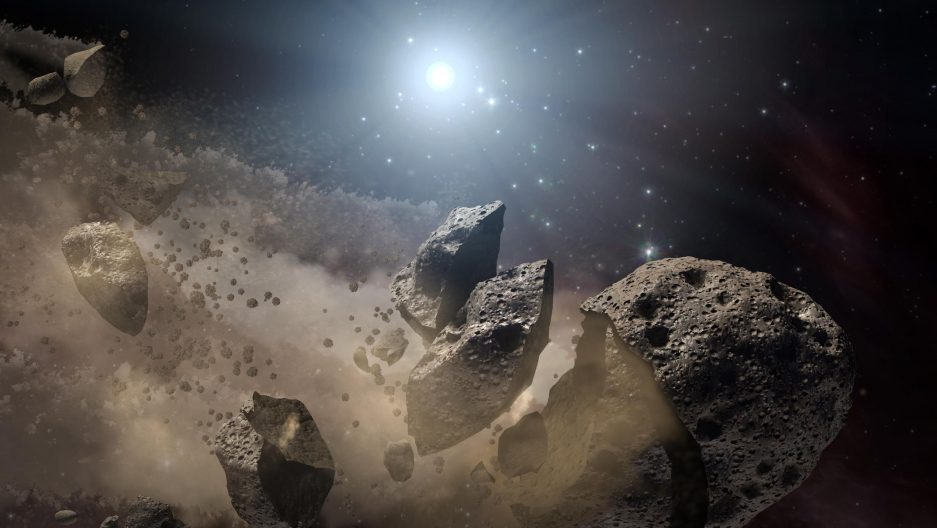 Scientists have been studying a fragment of meteorite, which has been gathered after an asteroid near-crash with Earth in 2008. In the new analysis, they have shown that the parent asteroid might have been quite huge. The findings of the study show that it may have been a water holding large asteroid with a different chemical composition than what scientists have thought earlier. Experts have observed the mineral blend of silver of these meteorite pieces. The tale of these meteorite pieces started in 2008 when scientists came to know that an asteroid had reached on a collision course with Earth. They had an idea that most of the rocks would burn up, as they would enter into the atmosphere of Earth. They knew that some remains of the asteroid would fall into the windswept sands of the Nubian Desert. It has been a great opportunity for scientists around the world including some experts from NASA to look for any surviving fragments of the asteroid in the sand for further research on the celestial body. The findings of the new study have been released in the journal called nature Astronomy.

Experts have found that the asteroid has been relatively small around 9 tons. The detritus of the asteroid has been very small as well. However, around 8.8 pounds, around 4 kgs of the meteorite sample has been collected from the Nubian Desert. Scientists have named the detritus of the asteroid Almahata Sitta after the name of a railway station close to the Nubian Desert. For the first time, scientists have been able to spot an asteroid and collect its remains on Earth. Since scientists have recovered the remnants of this asteroid, different fragments of it have been analyzed. These fragments have been able to reveal details about the origin and compositions of various parts of the asteroid. The sample of the meteorite, which has been observed by the scientists, is called AhS-202. Although the sample has been such small that 10 copies of it can be placed on a nail head, however, it has originated from a huge space rock. It is an origin point that paves the way for the fragment’s attachment with the rocky mass of Almahata Sitta. Scientists have examined the samples using infrared and X-ray light. They have found that the sample has been carbonaceous chondrite, a kind of asteroid, which has been formed during the initial days of the solar system. It might have helped bring water to Earth, said the experts. Earlier, experts have been in the notion that these carbonaceous chondrites are not able to originate from parent bodies, which are larger than 62 miles in diameter.

Scientists have found tremolite as well in the fragment. Tremolite is a mineral, which is formed due to an immense amount of pressure. The existence of Tremolite shows that the diameter of the origin-asteroid has been in the range of 398 to more than 1119 miles, which puts it in the wheelhouse of Ceres, which is a large object known as the dwarf planet in the main asteroid belt. The lead author of the study, Vicky Hamilton has said that these findings show that there has been a large parent body, which they have been unaware of. Scientists have been able to find out the existence of tremolite in a carbonaceous chondrite for the first time. They do not have evidence of it in the meteorite collections; it confirms that meteorites found on earth are a biased sample. Hamilton has said that when asteroids crash through space, they tend to make contact with other bodies. These accumulations of metals and minerals come together and tear apart as their trajectory goes on. Scientists need to do a series of analysis to study a meteorite found on Earth.