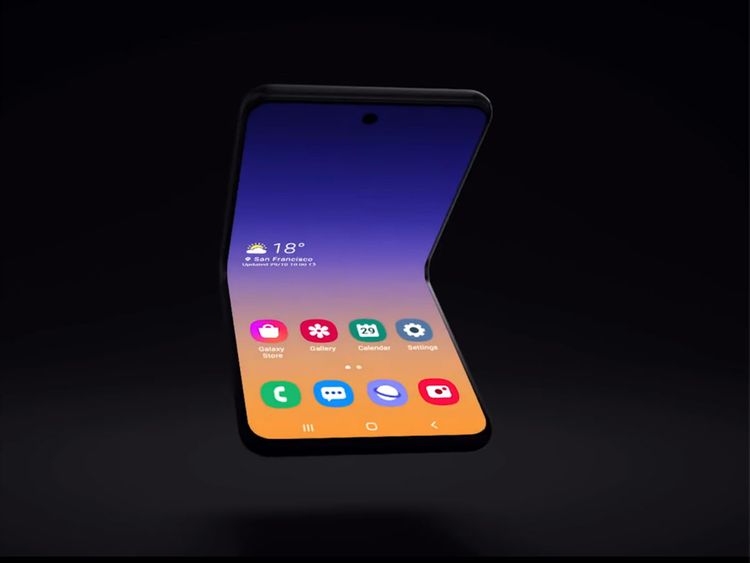 Samsung has filed a patent application. The application is for a clamshell foldable phone. The patent is titled Foldable electronic device. It applied with the World Intellectual Property Office in Geneva. It moved the application back to June 2020. But the documentation for Samsung’s patent got published after approval in the month of December. The said patent is quite similar to Samsung’s Galaxy Z Flip 5G. Galaxy Z Fold2 is a third foldable smartphone by the South Korean giant. The two others are Galaxy Fold and Galaxy Z Flip. The latest patent states that the design of the smartphone will have a zero-gap hinge. It also says that the clamshell foldable smartphone will feature a larger cover display and multiple cameras. The cover display will be located at the center.

Samsung is likely to release an upcoming smartphone with a redesigned hinge in 2021. Besides supporting Flex Mode, it will also shut the smartphone with zero-gap. The zero-gap hinge allows closing with both sides perfectly flush. The design also protects the main display. It includes move-able support plates. These plates support display when the smartphone is opened. Likewise, it collapses when the device is closed. It helps in the zero-gap hinge. The new smartphone is unlikely to feature a dual-camera module. Samsung will probably include a triple camera setup. It will come with a LED flash. Interestingly, there will be no punch-hole cut out in the inner display for the camera. It will be tucked within the high bezel.

Samsung is a leader when it comes to the foldable smartphone category. It introduced Galaxy Z Fold2 in September 2020. It is the latest foldable mobile by the company. It features a 6.2-inch cover screen when folded. When unfolded, it puts a large immersive display. The device sports a 7.6-inch main screen. Galaxy Z Flip is touted to be the world’s best foldable smartphone. Samsung will launch its successor in spring 2021. The new handset is likely to feature a design patented by Samsung recently.