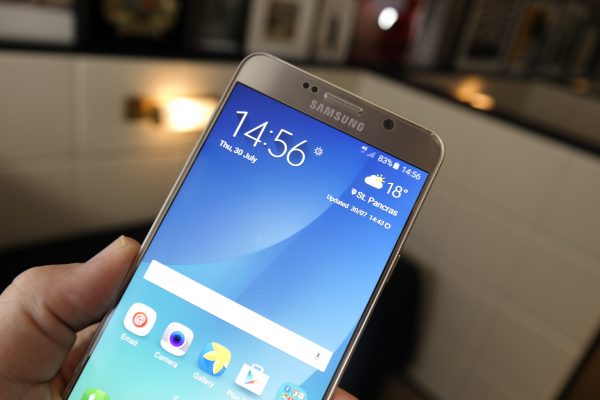 Samsung’s most anticipated Galaxy Fold device is coming to the markets again in September. After launching it in April this year, the company realised that the devices have significant issues with the foldable display and decided to launch it after fixing the problems. Now, Samsung has successfully fixed the issues with the foldable screen and will relaunch the first foldable smartphone in the markets. In April, Samsung opened the preorder queue, and all of the devices were booked in a single day. But then, the tech reporters complained that they are facing the issues with Foldable display, forcing the company to stop taking any more orders.

Most of the tech reporters complained Samsung about the foldable display damage, flickering, bulging and breakage on the Galaxy Fold device. As almost all of the tech reporters faced one or other issues, the company decided not to take any more preorders until the issue is gone. Now, the company has fixed the problem and announced that they are going to launch the Galaxy Fold smartphone in the market with new display and improved design.

The Galaxy Fold has the 4.6-inch display which works as the cover. When the user unfolds the device, it becomes a 7.3-inch tablet device. This is the first kind of smartphone with a foldable display launched in the market. But unfortunately, Samsung Galaxy Fold users and notable tech influencers faced multiple issues which exposed the hardware vulnerabilities in the device. That’s why the company stopped selling this $1,980 smartphone with flexible Infinity Flex Display. Samsung will launch this device with a new design and improved display in September. Also, the rumours suggest that Samsung is working on two more smartphones that will have the Infinity Flex Display.