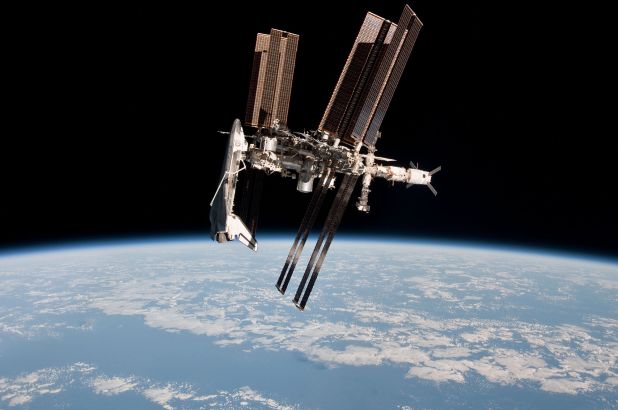 An oxygen leak at the International Space Station (ISS) has been emitting the breathable atmosphere into space. Astronomers have been going through a hard time while rectifying this issue. However, Roscosmos, the Russian Space Agency has taken the charge of sending extra oxygen to the ISS by February 2021 if there is a requirement. Dmitry Rogozin, General Director of Roscosmos has claimed that as of now the situation is under control at the space station. He has said that the space station has enough oxygen reserves as of now, though they will be sending supplies of extra oxygen along with cargo shipment in February. The officials from the agency have said that if there is a crunch of oxygen supply at the ISS, a part of the cargo will be sent aboard the Russian capsule, which can be delivered by an American spacecraft later. Rogozin has said that though the situation is under control at the ISS, however, the oxygen leak has been a wake-up call that the time has come to consider new structures.

Authorities have said that issues at the International Space Station will be rectified and fixed as soon as possible. General Director of Roscosmos has said that micrometeorites might have caused some faults in the hull. He has said that it might be due to the time, the space station has spent in service. This is not the first leak, which has happened at the orbiting space lab. One of the Russian astronauts aboard the ISS has said that the leak might have occurred due to air evading through the transition chamber. The oxygen leak has been distressing the Russian section of the ISS. Astronomers have said that the fault might be in the access section of the Zvezda module. However, the exact faulty location is still unknown. The rate of oxygen leak is quite low, said the experts. One of the leak points has been found and fixed but still, the leak is happening. As per the report, the pressure to find the exact source of the leak is mounting as oxygen reserves and air pressure continues to reduce slowly and steadily.

In October, a floating teabag has been able to find a 4.5 centimeter or 1.7 inches tear in the Russian Zvezda module’s intermediate chamber. Experts have not been able to find the reason behind this air leak and they have found another leak in the same section of the 20-year-old spacecraft. Astronauts have been thinking to seal off the affected section and stop using oxygen reserves, but it might affect the overall functioning of the International Space Station. The Russian Space Agency has said that seven people on board the ISS, four Americans, two Russians, and one Japanese astronaut are not in any kind of danger.