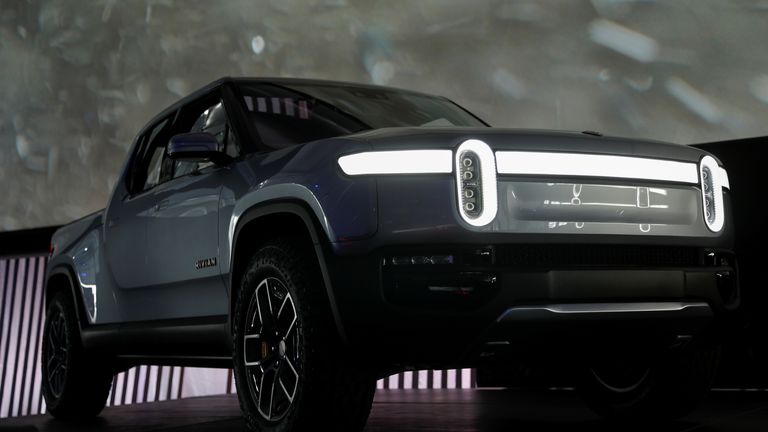 Electric vehicle startup Rivian is focusing on expanding its footprint beyond the United States. According to reports, the EV manufacturer has been discussing with the British government for weeks about setting up its first international manufacturing plant near Bristol. The talks are still in mid-stage and nothing has been finalized yet. The company is reportedly targeting the production of the vehicles themselves. Rivian is not so keen on just making batteries. But there is still a possibility of developing a Tesla-style Gigafactory where everything will be built under one roof. According to sources, the startup has also proposals from Germany and the Netherlands.

They said that if the plan to build a factory in the UK gets a go-ahead, the British government could spend around USD 1.39 billion. Rivian has so far not commented on the reports. The startup must be under pressure from investors to fulfill promises of international expansion. So far the startup has just one factory. That too is a former Mitsubishi plant in Illinois. The EV maker recently announced its plan to set up another factory in the United States. But that too might produce only batteries. That could damage the potential sale of EVs manufactured by Rivian, which is backed by Amazon and Ford. There are chances that Rivian could even fail to meet deadlines to deliver electric delivery vans to Amazon.

The new factory would also help the company to counter rivals like Tesla and Volkswagen. Both the companies and even some others are rapidly increasing their EV base. They have even invested a huge amount of money for this. On the other hand, the British government is planning to put a complete ban on the sales of combustion engine cars in the country by 2035. This would be possible only if there would be enough production of EVs locally. If Rivian sets up a factory in Britain, it would definitely help the country in a smooth transition to electric vehicle manufacturing.