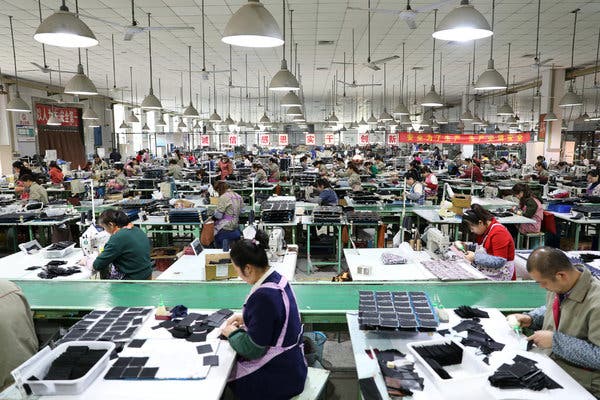 Home / Report Shows That HP, Dell And Other Tech Companies Are Planning To Shift Production From China

Report Shows That HP, Dell And Other Tech Companies Are Planning To Shift Production From China

The geopolitical situation between China-USA is making lots of problems for many US-based tech companies. Now according to recent reports big tech companies like HP, Dell are trying to shift their prediction houses from China to other countries. Because of the current trade war situation between US-China HP and Dell Technologies are trying to move more than 30% of its production from China. The trade war, which started a few months ago, is leaving its negative impact now on many large companies.

The report further showed that other tech companies like Microsoft Corp, Alphabet Inc, Amazon.com Inc, Sony Corp, and Nintendo Co Ltd are also trying to diversify their production plants from China to other countries. Majority of these tech companies had set up their factories in China because of cheap labor and low manufacturing overheads. However, since both countries are going through severe trade issues because of which they are now trying to shift these plants.

A few days ago, Donald Trump and Xi Jinping met at G-20 summit, they discussed possible trade talks, and they are trying to resolve this issue in upcoming days. However, even though there is a hope that this trade war might get end still, these companies have made their plans of shifting major factories from China. Last month Apple even asked its significant suppliers to move production plants from China to Southeast Asia, and now it seems like all other tech companies might follow the same pattern. Trump is trying to make sure China agrees to the terms and condition of the US, but it seems like now tech companies can’t wait further. Even though HP, Dell technology hasn’t released any official statement over this issue but soon they might release it and discuss their further plans to handle this issue.