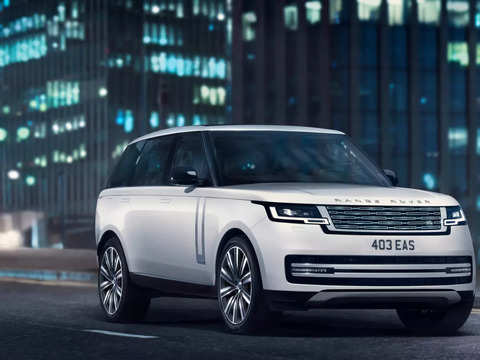 Range Rover Will Be First All-Electric Vehicle Of Land Rover, Likely To Be Available by 2024

The announcement was made alongside the introduction of the all-new Range Rover that boasts a vast array of technology. The new Range Rover has an enhanced plug-in hybrid along with a better electric range. The company shared some information and said that its newly announced 2022 model will boast a whole lot of new technology. The infotainment system of the vehicle will come fully integrated with Amazon’s voice assistant Alexa. This will allow people to check the news and weather with their voice command. This will also allow them to adjust other functions of the vehicle like navigation and audio along with controlling your home such as lights and opening the garage door. Car owners will need to search for a cable to connect their smartphones to the vehicle anymore as the new model will have features like wireless Apple CarPlay and Android Auto. The feature will allow your phone to get connected automatically as soon as you get into the car. In order to make sure that owners of the vehicle remain completely wire-free, the company has also put a wireless phone charging pad. The wireless charging pad has been placed in the center console.

The new 2022 Range Rover will sport one of the biggest ever screens. There will be two massive screens with the first one being the size of 13.1 inches and the other being 13.7 inches. While the first one would function as the infotainment display, the other one would be a driver display. If this is not enough screens for you, there would two 11.4 inches rear-seat entertainment displays. The best thing is that both of them can be operated independently. The screens would have HDMI inputs, but when connected to a Wi-Fi hotspot, passengers at the rear seat will be able to watch smart TV applications. Among other features would be the cabin air purification system which the company claims will be capable of ‘significantly reducing “odors, bacteria, and allergens including the coronavirus.” The new model would significantly increase the range. The company emphasized it as a plug-in hybrid or PHEV was available for Range Rover for several years. But the fully electric range offered by these vehicles has been 25 miles. According to the company, the new model will be powered by a 38.2kW battery and will offer a range of around 100 km. However, the company has admitted that the range in the real world would be around 80 km. Even this is more than double what its predecessor could achieve. This clearly means that vehicles would be able to cover longer distances without calling on a combustion engine. The speed in the EV mode would be capped at 140 km/h. As far as the pricing is concerned, the new Range Rover is expected to be priced at around USD 129,000. This clearly means that the electric vehicle is not going to be cheap.