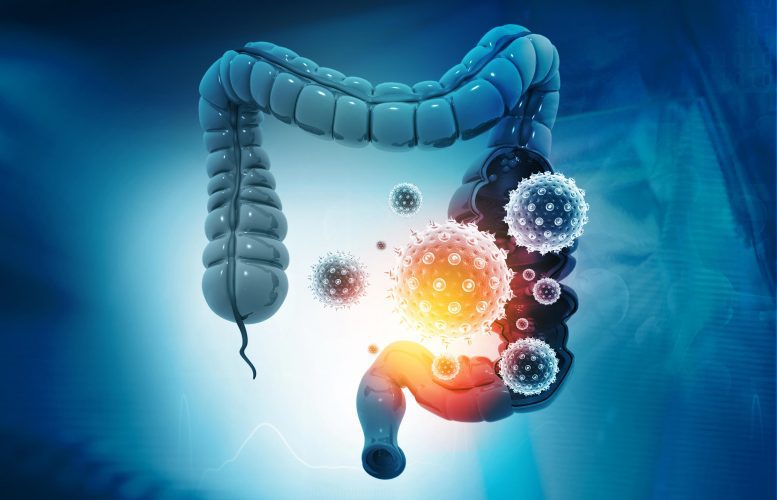 People who are infected with the SARS-CoV-2 virus undergo a wide range of symptoms such as high fever, respiratory issues. However, autopsy and other studies have shown that the virus can impact the liver, kidney, heart, spleen, and even gastrointestinal tract. A large fraction of patients who have been admitted to hospitals with severe breathing issues has been experiencing diarrhea, nausea, and vomiting. It shows when the virus starts affecting the gastrointestinal tract it leads to severe illness. Microbiologist Heenam Stanley Kim from Korea University for Human Microbial Interaction in Seoul has found some shreds of evidence that show poor gut health can majorly affect the severity of the COVID19 infection. In the study, Kim has found that gut dysfunction and its associated leaky gut might increase the severity of the disease. It allows the virus to access the lining of the digestive tract and internal organs. Experts have said that these organs are susceptible to infection as they carry widespread ACE2 protein, which is the target point of the virus. The findings of the new study have shown a clear link between poor gut health and severe COVID19. The study has been released in the British Medical Journal.

Since the pandemic has started, health experts have been saying that people with certain underlying health issues such as diabetes, hypertension, and obesity are at a greater risk of COVID19. The risk of catching the infection shoots up with age. Elderly people are at a higher risk of facing the most severe complications of the disease and hospitalization. However, both of these factors are linked with altered gut microbiota. The lead author of the study has noted that this imbalance can impact gut barrier integrity, which can help viruses to find easy access to cells in the intestinal lining. The link between poor gut health and severe COVID19 disease has not been explicitly demonstrated so far. Some experts have said that poor gut health can be considered one of the underlying health issues which can lead to a severe form of the disease. A study on COVID19 patients who have been showing symptoms has been conducted in Singapore. It has been found that half of the patients have been identified with the virus in their fecal tests and only of them have been showing GI symptoms.

This study shows that even if the virus reaches the gastrointestinal tract it might cause additional issues. The authors of the new study have said that people’s gut health at the time of infection is critical in the development of symptoms. Some of the studies have found reduced bacterial diversity in gut samples of patients who have been diagnosed with COVID19 as compared to the gut samples of healthy people. Experts have said that COVID19 is linked with the reduction of bacterial species and an increase of viral bacterial species. A similar imbalance has been seen in influenza A infection. The authors of the study have started working on their research after seeing wealthy countries such as the UK and nations in Western Europe with good medical infrastructure have been hard hit by the pandemic. They have said that the western-style diet is quite common in these countries, which is low in fiber. Experts have noted that a low fiber diet is one of the main reasons for altered gut microbiomes. As per the study, gut microbiome dysbiosis results in chronic ailments.