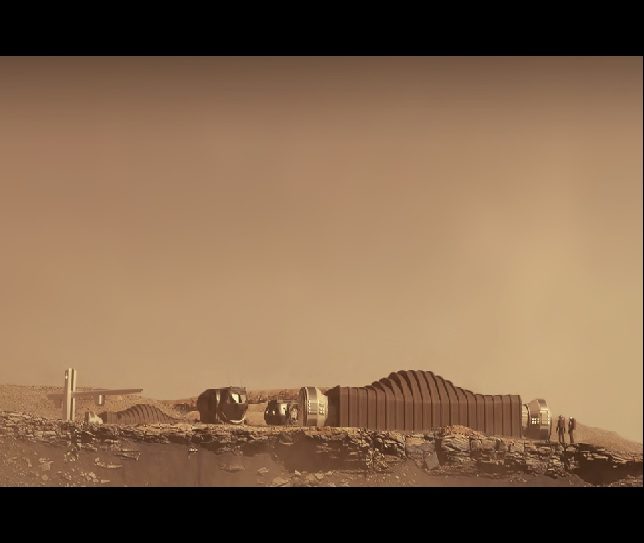 Home / NASA Is Recruiting Four Crew Members To Live On 1,700-Square-Foot Martian Habitat For A Year

NASA Is Recruiting Four Crew Members To Live On 1,700-Square-Foot Martian Habitat For A Year

The National Aeronautics and Space Administration or NASA is working consistently on sending astronauts on Mars. There are several missions that the US space agency is carrying to make this reality as soon as possible. NASA has already managed to understand the atmosphere and scientists are very well aware of how harsh it is. They are also aware of the fact that that it won’t be easy for astronauts to face the harsh weather on the red planet without proper training and preparations. In order to prepare future astronauts for this, NASA has decided to hire four crew members for a year-long mission. NASA has started accepting applications for the mission which is expected to begin next year. As part of the mission, these four selected crew members will have to live on a Mars-like habitat for 365 days. This habitat is known as the Mars Dune Alpha and it is situated inside a building at Johnson Space Center in Houston. The habitat has been created by a 3D printer. These wannabe astronauts will be living and working inside the habitat during the mission and will experience a near Mars-like situation. As per the information shared by the space agency, they will have to go through all the challenges that can be faced by astronauts. From limited resources to equipment failure and restricted food, they will go through all of it. Also, these four selected people will have limited communications back home during the task.

“The paid volunteers will conduct spacewalks and perform scientific research, use virtual reality and robotic controls and exchange communications,” the space agency said. NASA said that it would keenly observe how highly motivated people react under the rigor for such a long period. The study will help the agency prepare astronauts for real-life challenges that they could face during future Mars missions. According to the space agency, there would be three such Crew Health and Performance Exploration Analog missions. This will also help researchers to develop possible methods and technologies to resolve such problems when astronauts go for future Mars and Moon missions. Commenting on this, lead scientist Grace Douglas said that they are looking at how crew members would react to situations realistic to Mars. “We want to understand how humans will react when put in such a situation.” The agency said that food given to all the four hired crew members would be ready-to-eat space food. There are also possibilities that these crew members would grow some plants inside Mars Dune Alpha. But researchers said that surely it won’t be potentates as shown in some movies. ‘The Martian’ movie shows protagonists Matt Damon surviving on spuds after he was stranded on a hostile planet.

The application process is underway but NASA has clearly said that it is not open for just anybody. There are certain requirements and they are strict. The first one is that only US citizens or permanent residents who are in good health are eligible. The age of applicants must be between 30 and 55 years. They should be proficient in English and must not be prone to motion sickness. Other criteria include a master’s degree in science, math or engineering and no smoking habit. NASA is searching for those people who are close to astronauts, said former Canadian astronaut Chris Hadfield. He said that it is in a way a good thing because such people will be in a better position to go to the red planet. Hadfield has spent five months at the International Space Station (ISS). In 2013, when Hadfield was at ISS, he played guitar and even sang a cover video.