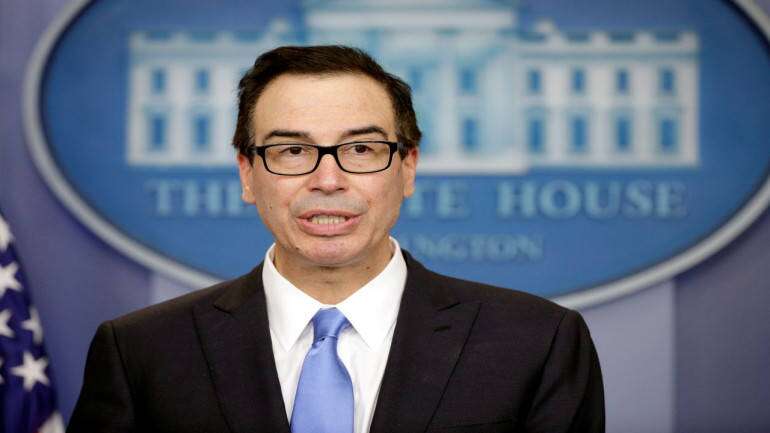 Mnuchin Said The Economy Will Get Back On Its Tracks Quickly

Currently, the US is going through one of its hardest phases because nearly a million people have gotten infected with deadly coronavirus. Many businesses have gone down because of it. However, while giving an interview, Treasury Secretary Steven Mnuchin said trillions of dollars lost by the country in this lockdown period would be recovered very quickly. He said since the government is planning to reopen the economy, many things will get sorted out, and the money put by congress will get recovered soon. Mnuchin was quite optimistic about the financial conditions of the country getting back on track again.

When a question was asked about how many analysts think that the current situation is four times worse than the 2008 financial crisis, he denied such predictions. According to him, we are still in a better position, and the government’s decision to reopen businesses will have a positive impact for sure. The Treasury Secretary said all of these negative analyses are based upon health assumptions only and not based upon the reopening of businesses. Reports show that many small business owners are finding themselves in the hardest position because banks are not able to lend the money quickly, and that’s making things worse for them. Big companies, on the other hand, are getting required protection from difficult situations very quickly.

Mnuchin said the current distribution of funds to needy businesses is getting done very reasonably, and he thinks everyone is getting a benefit out of these schemes. State governments like New York are complaining about how the federal government is not giving them the required assistance. Now such things are making quite big news, but large impacting on small business, and general public lives. Mnuchin was quite optimistic about the overall impact the economy will have after the reopening of markets.