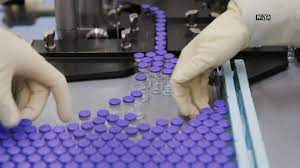 The State Health Department in Mississippi has been receiving many calls linked to poison control from people who have been exposed to possible ivermectin exposure that they have taken to prevent or treat infection from the SARS-CoV-2 virus. This drug is authorized by the US Food and Drug Administration (FDA) for certain usages in animals. Health officials from Mississippi have said that 70 percent of these calls have been linked to livestock formulations. The officials from Mississippi State Health Department have issued a warning for people saying that they should not ingest the drug that is given to cows and horses as a substitute to COVID19 shots. The state has been dealing with the nation’s second-lowest rate of inoculation against the SARS-CoV-2 virus. Health experts have said that ivermectin is designed to cure parasites in cows and horses. State health officials have said that consuming this medicine can result in rashes, nausea, vomiting, abdominal pain, neurological issues, and serious hepatitis that might need hospitalization. The leading epidemiologist of the state, Dr. Paul Byers has issued the warning in Mississippi. He has said that around 85 percent of people who have consumed ivermectin have been identified with mild symptoms and one patient has been admitted to the hospital due to toxicity led by the drug. The US Food and Drug Administration (FDA) as well has warned people against self-medication with ivermectin that is formulated for animals.
The officials from FDA have said that animal drugs are high in concentration as they are meant for large animals such as cows and horses. These animals weigh more than humans. Dr. Paul Byers has said that cows and horses easily weigh more than 1000 pounds, at times these animals weigh more than a ton. This is the reason high doses of this drug can be highly poisonous for humans. At times, ivermectin is given to humans to treat head lice or some skin issues. However, dose concentrations are different for humans. The FDA officials have said inactive ingredients in the composition of the drug, which is intended for animals, can lead to many health issues in humans. Health officials have said that many inactive components that are found in animal products are not tested for human usage. These components are included in the product in much greater quantity for animals as compared to products that are made for humans. In certain cases, experts are uncertain how these inactive ingredients will affect the absorption of ivermectin in the human body. Ivermectin has not been authorized by the FDA for treating COVID19 in humans so far. On the other hand, COVID19 shots have been authorized by the agency that can significantly reduce severe illness caused by COVID19. Recently, the FDA has granted full approval to the COVID19 shot that has been developed by Pfizer-BioNTech. It is the first vaccine that has been given full authorization in the United States. Experts have said that as Pfizer COVID19 shot has become the first vaccine to get full approval, people can rest be assured that the shot is highly safe and effective and it has met all manufacturing qualities that are needed for FDA’s fully approved product. Moderna and Johnson & Johnson COVID19 shots are available in the US under emergency use authorization that has been granted to both vaccines by the FDA. At present, regulatory authorities are assessing Moderna’s request for full sanction, which might be granted soon.

Public health officials believe that the full sanction of the Pfizer shot will reinforce confidence in people about the shot who have been hesitant to take the shots so far. Dr. Janet Woodcock who is acting commissioner of the FDA has said that granting full sanction to Pfizer COVID19 shot will instill extra confidence in people to be inoculated against the viral infection. Dr. Thomas Dobbs, who is a state health officer in Mississippi, has requested people to coordinate with their personal health care providers to get the shots and get detailed information about ivermectin. He has said that it is not wise to treat pneumonia with an animal drug. It can be highly dangerous to take the wrong doses of the drug. Dr. Dobbs has said that people are well aware of their environment and medical needs, but it is essential to consult a professional before self-medicating. The misinformation that is circulating about ivermectin is similar to the early stage of the pandemic when many people have taken the drug Hydroxychloroquine to prevent coronavirus infection without any scientific evidence. Later, many studies have found that the drug does not help reduce the symptoms of COVID19 or prevent the disease. Many people have said that they have heard that large doses of ivermectin do not cause any harm but the FDA has cleared the air saying that it is a wrong notion. The rise in the usage of ivermectin has taken place at a time when the delta strain has been causing a surge in COVID19 cases in many states across the US including Mississippi. As per the latest report, only 36.8 percent of people have been fully immunized against the virus in Mississippi. Alabama has the lowest rate of vaccination with only 36.3 percent of people who have been fully vaccinated for COVID19 in the state. Health officials from Mississippi have said that the state has reported more than 7200 new cases of COVID19. As per the latest report, around 56 new deaths linked to COVID19 infection have been reported in the state. The University of Mississippi Medical Center has set up a field hospital in a parking garage this month due to the latest surge in COVID19 cases in the state.