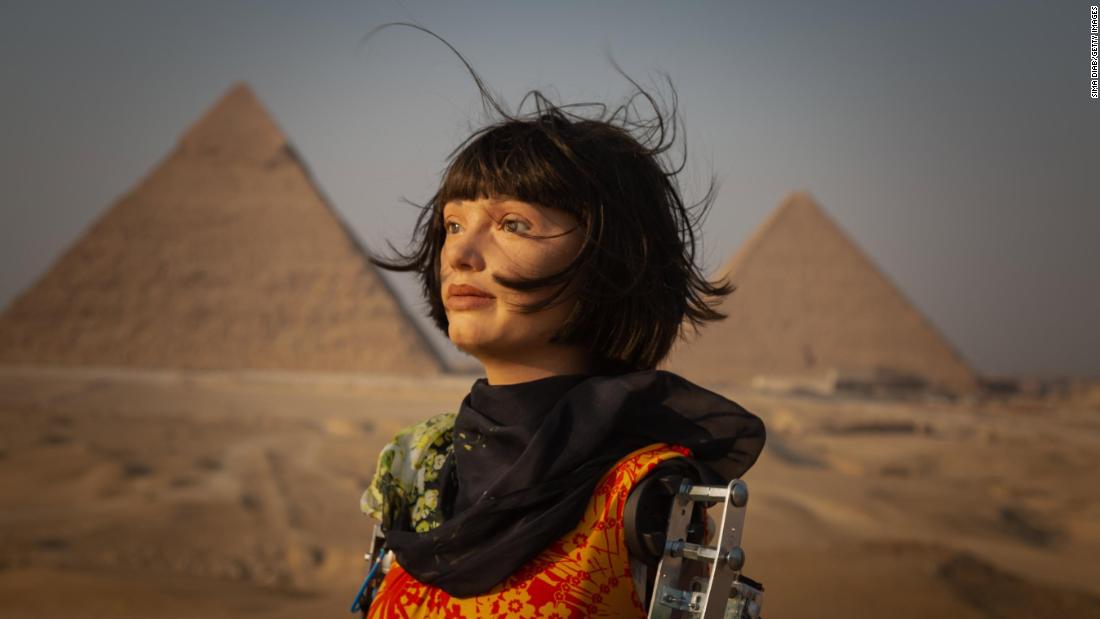 When most people think of machine learning, images of scary machines from films like “The Matrix,” “I, Robot,” “Westworld,” as well as “Blade Runner,” immediately come to mind. For so many years, literature has informed humans that artificial intelligence is frequently utilized for evil, instead of good. However, art, as well as poetry, aren’t normally associated with AI, but that’s precisely what Ai-Da, a very lifelike robot created by Aidan Meller in Oxford, central England, spends her time creating. Ai-Da is the world’s only ultra-realistic humanoid android artiste, and she celebrated the famous Italian poet Dante with a public demonstration of poetry she created using her algorithm on Friday. The performance was part of an exhibition commemorating the 700th anniversary of Dante’s passing at the University of Oxford’s famed Ashmolean Museum.

Ai-Da’s poetry was written in response to the poet’s epic “Divine Comedy,” which Ai-Da read in its entirety, enabling her to utilize computers to draw inspiration from Dante’s speaking style and compose a piece of work utilizing her database of vocabulary. Aidan Meller poses with Ai-Da on June 5, 2019, at the opening of its first solo show in Oxford. The Ai-Da project was created to address the ethical concerns of gradually developing AI to emulate individuals and their behavior.

It’s gradually dawning on them that software can have a significant influence on all aspects of life, and they’re trying to figure out how much this innovation can accomplish and what it can educate them about humanity. Meller stated that one important thing he, as well as the Ai-Da team, have learned while building this work of art, is that the program hasn’t shown them how human she is, but how robotic humans are and can be. Meller claims that the experiment has demonstrated exactly how habitual humans are, and how we end up repeating acts, phrases, and patterns of behavior, implying that humans are the ones who are robotic. Humans may learn more about themselves than ever before, thanks to Ai-Da and the application of AI. Ai-Da helps the team acquire fresh insights into their routines and behaviors.