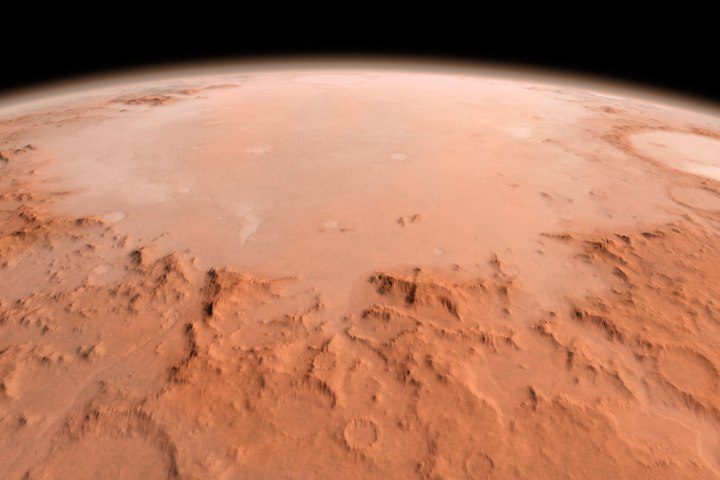 Mars is rapidly losing its atmosphere, even faster than the Earth. The fourth planet of the solar system is losing its atmosphere to outer space. Its upper atmosphere is heating up and expanding. This is due to the global dust storms that envelope the planet. The storms are speeding up its atmosphere. The latest findings were observed by the ISRO’s Mars Orbiter Mission. ISRO has seconded the US space agency NASA’s findings on the other side of the Red Planet. During the planet-encircling, the MOM and NASA’s MAVEN observed Mars from two different sides. They find an increase in Argon density.

According to studies, it is a scientific phenomenon for terrestrial planets to lose their atmosphere. Mercury, Venus, Earth, and Mars constantly lose its atmosphere. But the rate at which planets lose their atmosphere is determined by their size. Since Mars is smaller than Earth in size, the planet is losing its atmosphere to outer space quite faster. The ISRO said that the global dust storm is heating the Martian atmosphere and expanding to outer space. It was in June 2018 when the MOM started observing the global dust storm in the upper atmosphere of the planet. Within a month, it said that the Thermosphere expanded significantly due to the global storm.

The MAVEN also found a similar phenomenon on the other side of Mars. While MOM observed Mars’ evening side, NASA’s spacecraft observed the morning side. When the results were compared, it showed that MOM’s measuring the argon densities were larger than MAVEN. ISRO noted that the difference was mainly because of atmospheric circulation. It causes warmth on the evening side while cool on the morning of the Red Planet. Mars has been the topic of research for many years. NASA is currently working on a project that aims to land astronauts on the Maritan surface by 2030. Its Perseverance rover is currently traveling through the solar system and is expected to touch down on the planet’s surface in February 2021. The rover will look for signs of ancient life on the planet.