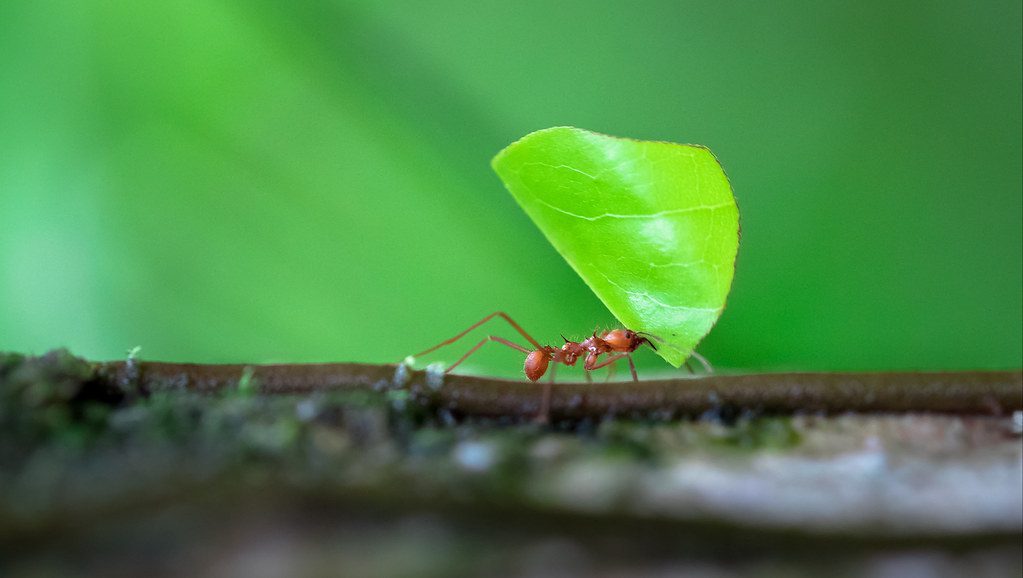 We all know that ants are well-organized little beings. These creatures are highly social and hard working. They are known for safeguarding the queen and the colony by working in a team. However, leaf-cutting ants are far more efficient in doing so. Leafcutter colonies such as Acromyrmex echinatior have millions of ants. It can be divided into four castes, which all have different roles to preserve a garden of fungus, which is essential for the food of the ants. These farming ants make a superior team of gardeners. Working in such large groups makes them susceptible to many bugs and viruses. To protect themselves from such bugs and germs, they grow their own body armor with the help of biomineral produced by their own body. This protective power has been undiscovered in the world of insects until now. Experts from the University of Wisconsin-Madison have observed this whitish granular layer in A. echinatior. They have claimed that this coating is self-evolved biomineral body armor.

Experts have said that they have been working on these leaf-cutting ants for many years. Experts have said that these ants produce antibodies, which protect them from many diseases. While identifying what ants produce to ward off the infection, they have discovered biomineral crystals on the surface of the ants. With the help of electron microscopy, scientists have looked deeper into the mineral layer, which covers the exoskeleton of the ants. They have seen that the mineral coating has been formed out of a thin layer of rhombohedral magnesium calcite crystals. This mineral layer is around 3 to 5 micrometers in size. Experts have seen this kind of biomineral skeleton in crustaceans such as the hard shells of lobsters. Insects as well have evolved from crustaceans. This might explain why they retain a similar kind of armor like trait.

The team of experts has nurtured the ants to determine at what time this biomineral armor shows up. They have tried to see how it protects the ants. The findings of their study show that this kind of protective layer is not present in baby ants. However, it develops as the ants grow. They as well have found that the coating hardens the exoskeleton of the ants. Experts have conducted experimental battles to confirm whether this armor protects the insects. It has shown that the ants with the armor are more protected in the battles as compared to other ants and it prevents them from other pathogens as well. Experts have done further tests to determine the role of protective amour. They have designed a mimic territorial ants’ war between major workers of Acromyrmex echinatior and Atta cephalotes ants, which do not have biomineral armor. At the end of the battle, ants with the biomineral layer have lost fewer body parts and have been proved to have a greater survival rate as compared to the ants without the coating.