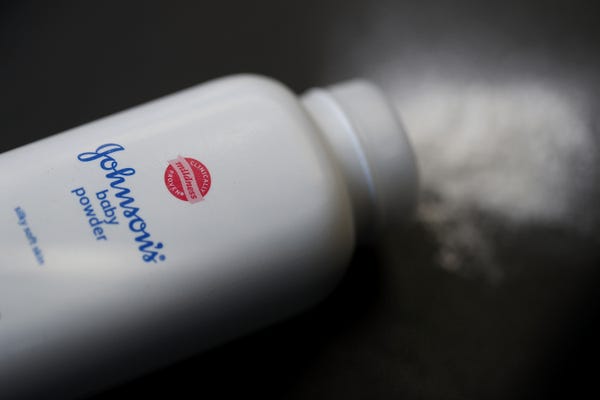 Johnson & Johnson has voluntary recalled a lot of its extremely popular Johnson’s Baby Powder after traces of asbestos were found in sample testing. The baby powder sampled was tested by the Food and Drug Administration (FDA). They found low levels of cancer-causing chrysotile asbestos contamination in samples from a bottle purchased online. However, another lot tested by the federal agency turned negative. The lot which is being recalled by the company was produced and shipped in the United States in 2018. There are around 33,000 bottles of baby powder in that lot. There is no injury reported linked to the product but the company has decided to recall the lot and advising people to discontinue using the product. “People using Johnson’s Baby Powder from lot #22318RB are advised to stop using the product and contact us for a refund,” the company said in a statement.

Johnson & Johnson underlined the fact that the levels found were no greater than 0.00002 percent. The investigation into the matter is at a very early stage so the company cannot confirm whether cross-contamination occurred, whether the tested product is authentic or whether the sample came from a bottle with an intact seal. It noted that a rigorous testing standard is followed to ensure the product is safe. The company added years of testing, including that of federal agency’s own testing on past several occasions, found no asbestos in products. FDA spokeswoman Lyndsay Meyer has clarified in an email to a news channel that the Federal Agency follows standard operating procedures for analysis and there’s no indication of cross-contamination.

The company in a statement said that a rigorous, thorough investigation into this matter has been initiated to determine the validity of the test results. “Over the 40 years, thousands of tests have repeatedly confirmed that the talc powered has no traces of asbestos,” the company added. However, an investigative report by a news agency in December last year uncovered evidence showing that Johnson & Johnson was aware of the fact that some tests had detected traces of asbestos in its products. Moreover, the company took some steps to conceal the matter from the FDA as well as the public. This claim was outrightly denied by the company.