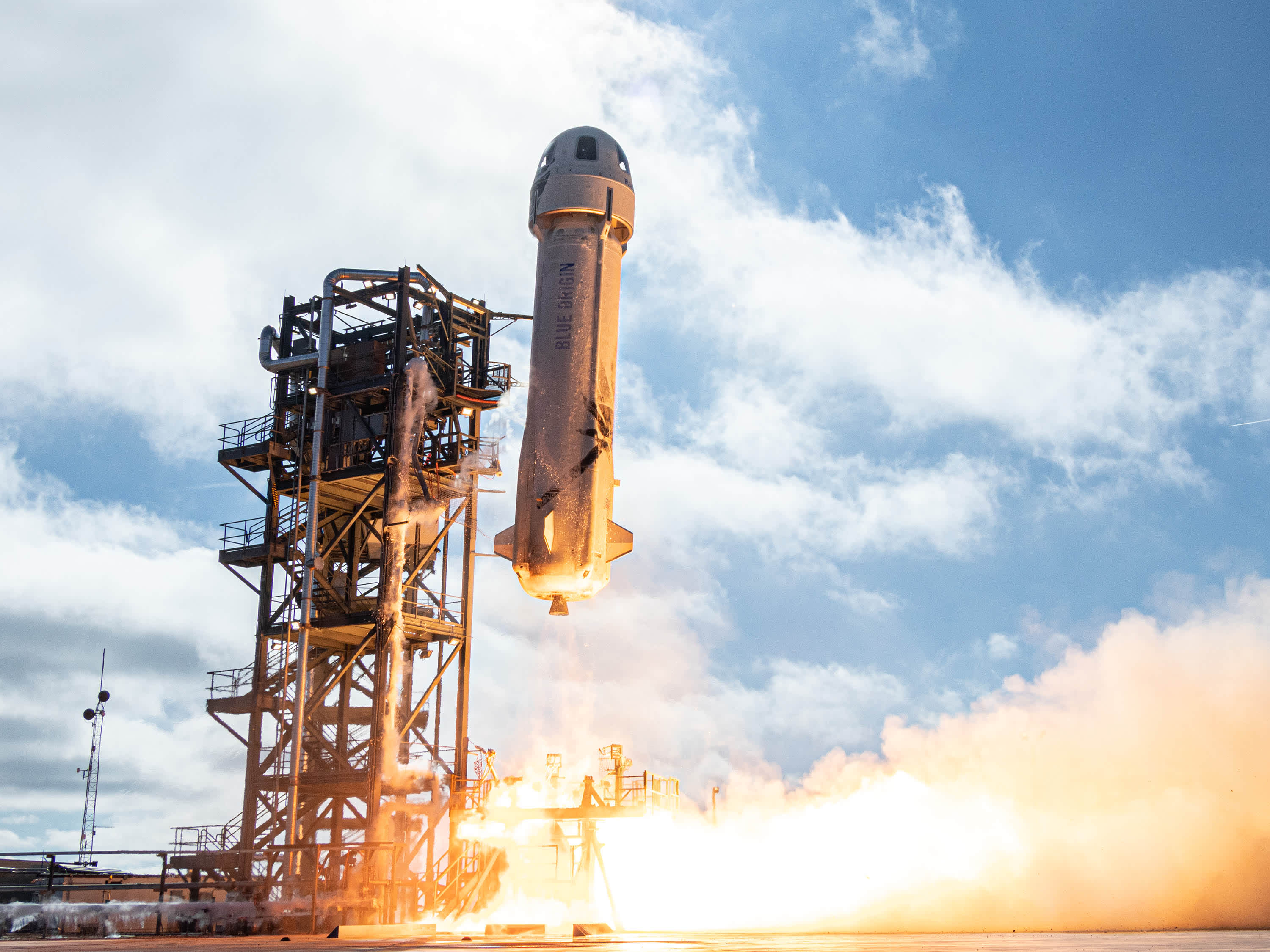 Race to space has further intensified with billionaire Jeff Bezos flying to space on Blue Origin’s first flight. Blue Origin was founded by former Amazon CEO in the year 2000. He founded the aerospace company to fulfill his dream of exploring the heavens. Bezos is now only the second billionaire to went to the edge of the on his own spacecraft. There are several milestones that have been sent during the 11-minute ride. Bezos was accompanied by three other handpicked persons. Among them were his 50-year-old brother Mark Bezos, 18-year-old Olive Daemen from the Netherlands, and 82-year-old Wally Funk who was trained to be an astronaut almost six decades ago. Daemen, who holds a private pilot’s license, is now the youngest astronaut. Similarly, Funk, who was once trained by NASA for its Mercury program, is now the oldest person to have gone to space. Buoyed by the successful mission, Bezos said that it was the ‘best day ever in his life after he along with co-passengers landed back to earth. He went to space just over a week after another billionaire Virgin Galactic founder Richard Branson flew to the edge of space.

However, Bezos managed to cross the Karman line during the journey to space. Karman Line is a widely accepted boundary between Earth’s atmosphere and space. It lies almost 100 kilometers above mean sea level. During the flight, the capsule in which Bezos and other co-passengers were traveling reached an altitude of about 106 kilometers or 66 miles. This is far more than the height achieved by Branson during his July 11 ride. However, Branson achieved height enough to see the curvature of the earth and experience a few minutes of weightlessness. The height achieved during Bezos’ trip to space is a milestone achieved by any private civilian. Also, Bezos picked the date for the trip which coincides with the 52nd anniversary of the Apollo 11 moon landing. It is on this date over five decades ago when the human landed on the surface of the moon. Despite knowing that Virgin Galactic’s Richard Branson will fly to space even before him, Bezos held fast to the historic date. Another important aspect of this flight is that Blue Origin’s New Shepard rocket has been named after the first astronaut of America. During the flight, an 18-meter long booster successfully achieved Mach 3 or three times the speed of sound.

While Branson’s rocket was guided by pilots, the capsule in which Bezos traveled was fully autonomous and there was no one to guide it during the up and down flight. All four people on board the capsule experience several minutes of weightlessness and were seen doing somersaults inside the capsule. In an emotional gesture, Bezos brothers joined their palms to display a message ‘HI MOM’ written on their hands. The capsule then landed down with the help of three parachutes and before touching the earth, they experienced almost six times the force of gravity. The first one to come out of the capsule was the billionaire wearing a cowboy hat with a wide grin. After a successful landing, Blue Origin congratulated the team for all their efforts to make this historic moment in spaceflight history a reality. “Congratulations to all the team members of Blue Origin for making this possible. History books of space will now have the names of the first astronaut crew. This event will open the opportunity for many such flights in the coming days,” Blue Origin said. Blue Origin had opted for a slower and calculated approach for launching the crewed flight. The company decided to launch Bezos and others into space after 15 successful unoccupied test flights since 2015. For those who are unaware, there are less than 600 people who have managed to reach the edge of space or beyond. Until the Blue Origin’s space flight, the youngest man to do so was 25-year-old Soviet cosmonaut Gherman Titov. Also, the oldest person to achieve the fleet was 77-year-old Mercury-turned-shuttle astronaut John Glenn.