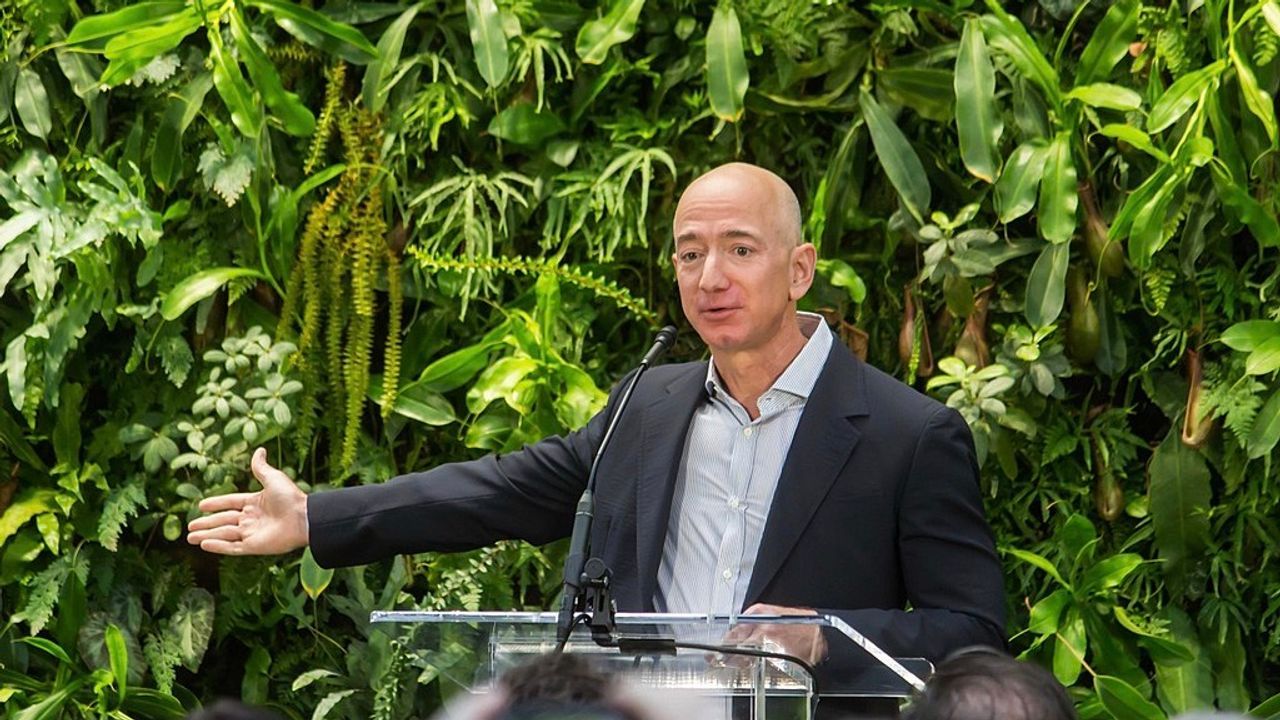 Amazon’s founder and one of the richest men in the world, Jeff Bezos on Monday revealed ambitions for USD 1 billion in environmental investments centered around regions including the Congo Basin, the Andes, and tropical areas of the Pacific Ocean. As part of his Bezos Earth Fund, he donated USD 10 billion last year, and this statement is the latest move towards those efforts. Mr. Bezos stated at a New York event that by working together, we can have the best of both worlds: contemporary conveniences and a healthy natural environment. “Protected and preserved regions” will be established as a result of this funding.

The goal of this initiative named “30×30”, is to protect at least 30 percent of Earth’s landmass and oceans by 2030. The strategy, backed by the United Kingdom, Costa Rica, and France, aims to assist in resolving various global biodiversity crises, which threaten the survival of one million species of animals and plants. While climate change has contributed to biodiversity loss, other human activities such as farming and fishing have been far more detrimental. To demonstrate this, the ‘30×30’ plan aims to safeguard intact natural areas such as old-growth forest areas, which not only support biodiversity but also absorb carbon and purify water. As the proposal has gained traction, funding to assist developing countries in participating has become a sticking point. The old-growth forests of richer nations and other ecosystems have already been plundered for profit by many in these poorer nations. Ahead of climate talks with the new administration comes a slew of challenges, including the lingering effects of climate change. We’ll make sure you’re up to date with everything through our newsletter. The Bezos Earth Fund founder has committed to donating the full $10 billion by 2030, a decade after announcing it.

The proposal for his fund was initially met with skepticism since for all the hype, it was nothing more than a pledge to give money away. The effort has started to take shape during the last year and a half. The first major step was taken in November, when Mr. Bezos made a USD 791 million commitment to several well-known conservation and environmental groups, including the World Wildlife Fund, the Nature Conservancy, and the Environmental Defense Fund. Certain individuals criticized the donations because they thought they were too traditional, but others defended them, arguing that the larger, better-known organizations were the ones that could use the money quickest. Described as “the first of a three-part nature strategy,” the $1 billion commitment was defined as “landscape restoration and food system transformation” in the release. It was inevitable that Amazon would become a frequent target for environmentalists as its trucks and planes crisscrossed the nation and the world, its branded boxes heaping up on recycling days, as its massive data centers gobbled up the electricity. Employees staged walkouts and made public comments on how the organization should reduce its emission levels and further contributions to global warming.

For the first time, Amazon pledged in 2019 to meet the Paris Climate Agreement’s long-term targets 10 years ahead of schedule by going carbon neutral in the decade following that commitment. This year, Mr. Bezos announced his resignation as CEO, stating that he needed the time to focus on other responsibilities. For a while now, generosity was not a primary concern of his. He has traditionally decided to concentrate on Amazon and other private businesses, particularly the space company Blue Origin, which in July carried Mr. Bezos on a brief mission into space. In addition, he is the owner of the Washington Post publication. “I’d heard that seeing Earth from space transforms one’s frame of view on the globe,” he remarked at the ceremony on Monday, “but I was not prepared for just how much that was true.”