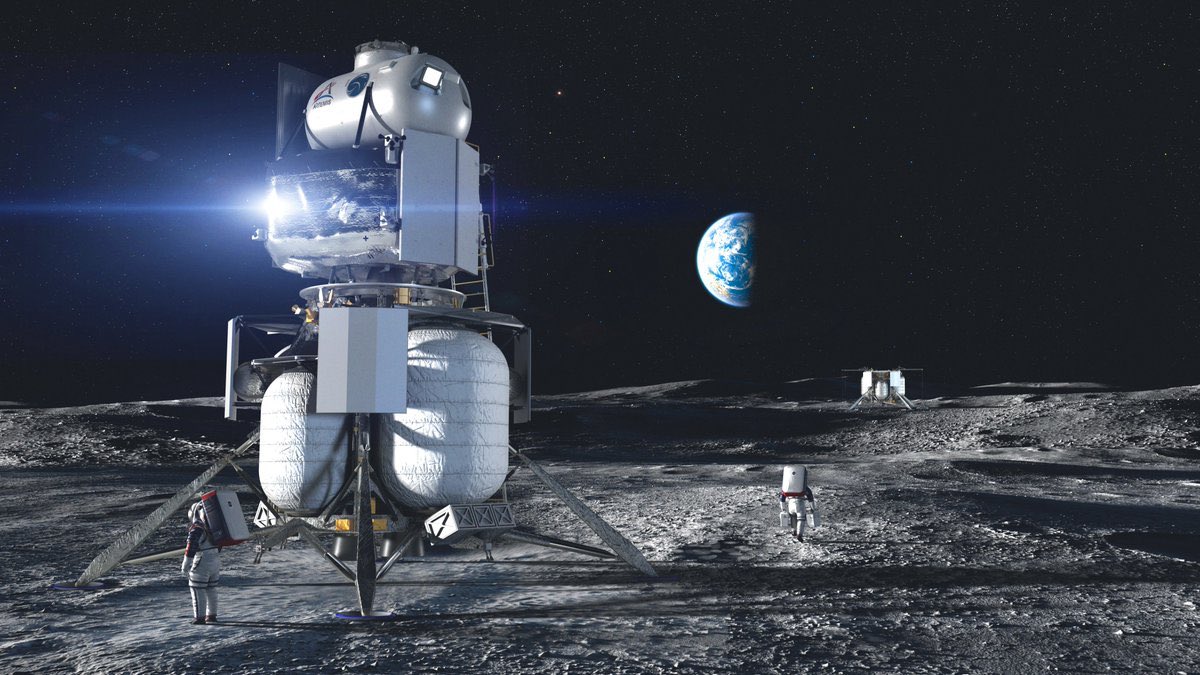 Days after his space trip, billionaire Jeff Bezos has put a USD 2 billion offer to get a contract of NASA’s Human Landing System program. Bezos said that his company Blue Origin will not charge anything for up to USD 2 billion from the US space agency in the current and next two government fiscal years. The world’s richest person said that his company will also launch a pathfinder mission to low-Earth orbit at its own expense. In return, the company has requested a fixed-priced contract from NASA. Bezos said the offer is not a deferral of the payment but an outright waiver. “WE are ready to invest up to USD 2 billion over the next two years in order to bring the lunar lander program back on track. This is an outright waiver of payment of up to USD 2 billion. This will help the government to catch up appropriation for the program,” Bezos wrote in an open letter to NASA administrator Bill Nelson. This would result in a cheaper offer for the entire project than one being awarded to SpaceX company of Elon Musk.

The US Space agency had awarded the contract of the project to SpaceX in April this year. The project is worth USD 2.89 billion and under this Elon Musk’s company would build the next crewed lunar lander to take astronauts to the surface of the moon under its Human Landing Systems program. The contract was awarded to SpaceX by rejecting bids from defense contractor Dynetics and even Blue Origin. The space agency had given a 10-month study contract to all these companies so that they can start the work on lunar landers. While applying for the bid, Blue Origin had partnered with Lockheed Marti, Draper, and Northrop Grumman. While awarding the contract to SpaceX, the space agency cited a proven record of SpaceX in orbital missions, its own funding shortfalls, and some other factors. Commenting on the contract, NASA official Kathy Lueders had said the contract that has been picked ‘would give the best value to the government.’ While making USD 2 billion offer, Bezos said that the US space agency should not stick to the single-source approach. “Instead of going ahead with the single-source approach, the space agency should adopt its original strategy of competition. Without the strategy of competition, the space agency within a short time into the contract would realize that it is left with very limited options. NASA will be left with no choices when it would start negotiating over deadlines, design changes, and other related things. This will ultimately cost it more and won’t serve the national interest.”

A spokesperson said the space agency is aware of the letter but refused to comment on it. The spokesperson mentioned the protest filed by Blue Origin with the Government Accountability Office. The company had alleged the space agency of giving an unfair advantage to SpaceX by allowing it to revise its pricing. The decision over the matter is expected next month. Sources, however, said that Blue Origin is not hopeful of a reversal. Meanwhile, Amazon founder Bezos recently went to space onboard a New Shepard rocket. He was accompanied by his brother and two other persons. All four of them experienced microgravity for at least a couple of minutes. Right now, Bezos and his rival Richard Branson are focusing on the field of space tourism. The tourism market is one of the many components of the space economy that is currently valued at around USD 420 billion. The scope in the industry can be understood by the fact that Blue Origin has already sold around USD 100 million worth of tickets that will take people to the edge of the space.