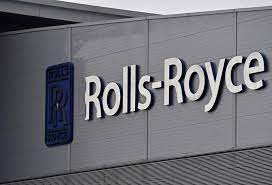 In a bid to repair its balance sheet, Rolls-Royce has agreed to sell its Spanish unit ITP Aero to a group led by Bain Capital. The deal has been finalized for USD 2 billion or 1.7 billion euros. The deal will help the company to get the much-needed cash. The British jet-engine maker would use this cash to recover from the coronavirus crisis. According to a statement issued by the company, the deal would give Rolls-Royse enough money to maintain the balance sheet needed to restore investment-grade credit rating. Having that credit rating would mean that the company is in a strong position. The sale has been finalized to Bain, JB Capital, and defense firm Sapa.

The deal had a positive impact on the share of the company. Apart from this, the company recently got a contract to upgrade engines of US Air Force B-52 bombers. The deal to sell ITP Aero bring to an end a disposal program that Rolls-Royce had started after the first wave of coronavirus pandemic hit. The plan was announced by the company in August 2020. After the outbreak of coronavirus, several airlines had to ground their planes that pushed Rolls-Royce to a record loss. This deprived the company of its critical maintenance revenue of airlines that use its engines in long-distance aircraft.

The company has been doing some divestments in the recent past. This has helped the company to raise around USD 2.4 billion or 1.8 billion pounds. According to a spokesperson, this is close to the target set by the company’s chief executive officer Warren East. Earlier in August, the company had announced that is about to finalize the deal for a sale of ITP. The company has also sold its Bergen Engines unit Langley Holdings. The deal was finalized at USD 63 million euros. Moreover, Rolls-Royce has shed around 23 percent stake in AirTanker Holdings for 189 million pounds. Rolls-Royce also generated around 70 million pounds by selling a separate nuclear business.