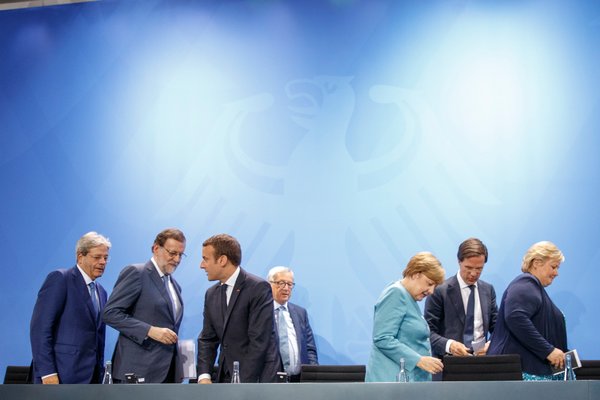 The geopolitical situation between China-USA is on a high level because both countries want to dominate each other to show who is the supreme power holder. Now recent reports show that trump administration has decided to levy more tariffs on Chinese goods if Chinese president Xi Jinping does not attend this month’s G-20 summit. Donald Trump is trying to convince China to sign a fair trade deal, but since China does not agree to any of his terms, Trump is trying to dominate China from other ways.

In a recent telephonic interview, president trump was asked about his take on the current trade war issue. Trump said he would like to meet Xi Jinping in G-20 summit, but if Xi doesn’t show up there, then he would like to increase further taxes. Trump is supposed to meet Xi during 28-29 June G-20 Summit which is going to held in Osaka, Japan.

Trade war has always been a topic of controversy because both countries are a superpower. Since the US has more economic power than China, they are currently dominating it. Trump administration a few days ago decided to put a hefty amount of taxes on more than $300 billion worth of goods and services, which is creating lots of problems for Chinese economy. The Chinese government is trying its best to solve this problem, but the country’s increasing debt is one severe issue. China has a tremendous amount of debt, and since many small businesses are dependent on American market, they now on the verge of bankruptcy. Trump is trying to put political pressure on XI, which is the main reason he wants to meet Xi in G-20 summit. Even if China does not agree to get into a fair trade deal agreement with Trump, it will be hard for them to go through this situation for a long time.