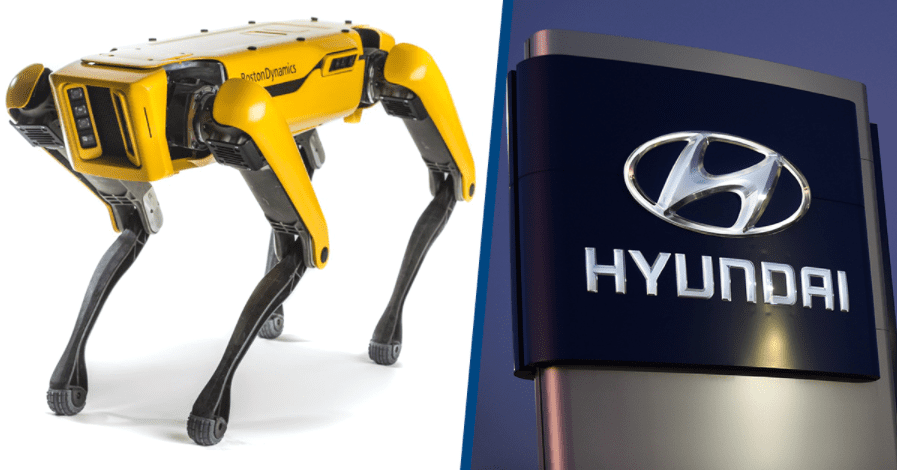 Hyundai Motor Group has closed the acquisition deal of Boston Dynamics. Hyundai Motor is a South Korean automaker. It paid USD 880 million to seal the deal. The company in a statement said that three of its affiliates and its chief have acquired Boston Dynamics. The company will now have full control over the robotics design firm. The deal was first announced in December last year. It took six months to complete the acquisition. Boston Dynamics was founded in 1992. It is headquartered in Waltham, Massachusetts. Hyundai’s decision to buy the robotics company is a part of its investment in plans to expand and strengthen competitiveness in the market. The company is working towards developing a system to provide future mobility solutions.

The three affiliates to acquire Boston Dynamics are Hyundai Motor, Glovis, and Mobis. The board in December last year approved the plan. The three acquired a combined 80 percent stake under the deal in the company. Hyundai acquired the controlling interest from SoftBank and two other individuals. Hyundai said that it is hopeful of synergy to push for the development of robotics. The robots will feature advanced mobility solutions. Hyundai said that it will create a robotics value chain with the support of Boston Dynamics. Boston Dynamics is a leader in developing mobile robots. Several businesses have integrated its robots into operations and received desired results.

Boston Dynamics is known for developing the dog-like robot Spot. Hyundai underlined that investment in advanced robotics will open opportunities for rapid growth. It also creates a positive impact on society as it makes the work safer and productive. Hyundai becomes the third company to own Boston Dynamics after Google and Softbank. Softbank still has a 20 percent share. Hyundai has also announced to invest heavily in the future mobility automobile market. It wants to capture a bigger share. The company said that it will invest 60.1 trillion won by 2025. The South Korean automaker major is the fifth-largest company in the sector in the world. The group has heavily invested in developing autonomous driving. It also has invested in Urban Air Mobility and smart factories.