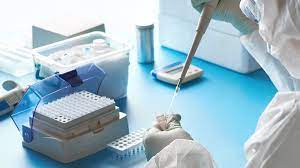 The British government has decided to provide free COVID19 antibody tests to people for the first time under a new initiative. The UK government has launched this new program in order to find out the level of immune response generated after initial COVID19 infection among people. Health officials have said that the new program will help them understand how much natural immunity people have after being diagnosed with COVID19 for the first time. As per the latest report, under this initiative, thousands of people living in the UK will be offered free antibody tests each day. People who are above 18 years of age and test positive for COVID19 while getting a PCR test done will be provided with free antibody tests. The government officials have said that more than 8000 people will be sent two sets of at-home antibody test kits. The UK Health Secretary, Sajid Javid has said that participation will be easy and quick. Health officials from the UK have informed that the first finger-prick test needs to be done as soon as someone tests positive for the SARS-CoV-2 virus. Therefore, the body will not have time to produce a detectable antibody response to the infection immediately. Later, the second antibody test needs to be done 28 days after the positive result that will help measure antibodies that are produced in response to the virus.

The new initiative is going to be operated by the UK Health Security Agency. The agency is going to work along with trace services in Northern Ireland, Scotland, Wales, England, and NHS tests. Experts have said that outcomes of NHS tests and trace services will be used to find out levels of antibodies in people who have tested positive for COVID19. Dr. Jenny Harries, who is the chief of the UK Health Security Agency, has said that the new initiative will help the UK government get crucial insight into the effect of the vaccination programs and immune responses derived from vaccines to a wide range of coronavirus strains. The UK Health Secretary, Sajid Javid has said that it will reinforce the vaccination effort that is a huge wall of defense against the SARS-CoV-2 virus. The new program of the UK government will strengthen health experts’ understanding about COVID19 as people are returning to a normal life. Many health experts in the country have said that the new initiative of the British government will help while the delta variant is causing a surge in COVID19 cases around the world.

The UK Department of Health has claimed that offering free antibody tests to people will help improve the understanding of protection against COVID19 derived from antibodies. The new initiative will offer more information about groups of people that have not been able to develop an immune response even after being diagnosed with COVID19 or after getting the shots. The Health Secretary of Scotland, Humza Yusuf has lauded the decision of the UK government. He has said that it is important to have the fullest understanding of COVID19 vaccine efficiency and the immune response in the broader population. The new scheme of rolling out antibody tests to people will prove to be quite beneficial and it will play a vital role to keep the SARS-CoV-2 virus under control. In the early stage of the COVID19 pandemic in the United Kingdom, antibody tests have been rolled out on people, however, the antibody test rollout has been in limited numbers. Studies and surveys on antibody tests have enrolled a fewer number of people. As per the latest report, the UK has reported nearly 32058 COVID19 cases. The country has seen around 104 deaths linked to COVID19 among people who have tested positive for the virus in the last 28 days.