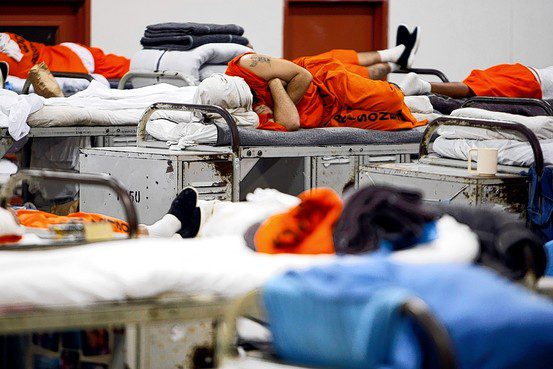 There has been a significant spike in the COVID19 cases across California in recent times. Experts have found that state correctional facilities as well have reported more than 4000 active cases of COVID19 among inmates. Around 1430 cases have been reported among staff members as well. These are the highest numbers, which have been reported since the pandemic has hit the US. The total number of active cases among inmates in California is now up to 22300, which included 90 deaths as well. The California Department of Corrections and Rehabilitation (CDCR) has said that the statistics turn out to be around 227 cases per 1000 people, which means around 20 percent of the total inmate population has been infected with the disease. As per the data, the statewide number is around 32 cases per 1000 people. There have been soaring numbers of cases in prisons, as local and state authorities have been trying to control the rampant spread across other communities in California. Recently, the state has broken its record and recorded around 22000 new cases of COVID19.

Experts have said that hospitalization as well has been surging in the state. Nearly 9900 COVID19 patients in the state have been admitted to the intensive care unit. Around 2200 of them are women. The officials from the government have claimed that the state is at a tipping point in the fight against the pandemic. They as well have declared a strict regional stay at home order, which will come into effect after the capacity of the ICUs falls below 15 percent in one of five areas of the state. These regions include Northern California, the Bay Area, Greater Sacramento, and Southern California. The office of Inspector General has issued a warning of an outbreak in the state’s correction department in October as well. They have said that the staff and prison inmates have failed to follow safety protocols such as social distancing and the use of masks. The officials have said that the prisons have reported poor screening procedures as well. As per the data, nearly 70 percent of COVID19 outbreaks are reported in five of the state’s institutions. Some of them have been highly overcrowded with inmates. In the meantime, nine prisons, which have been majorly hit by the pandemic, have recorded capacities of 120 percent.

Pleasant Valley State Prison in Fresno County has recorded a capacity of 122 percent. It has the highest number of COVID19 cases. Around 992 out of 2833 inmates have been diagnosed with COVID19 so far. In mid-November, the prison has reported only 27 cases, a week later there have been around 457 active cases of the disease. Since then the number has increased by two-fold. The meteoric rate of the virus spread has become typical in almost all the prisons in California. These prisons have almost no scope for social distancing and have poor ventilation. Experts have said that in such a condition, the spread of the virus is inevitable. They have said that reducing the capacity of the prisons by 100 percent will not be enough to deal with COVID19 outbreaks properly. Health experts have said that authorities need to reduce the capacity of these prisons by 60 percent to contain the virus. The state prison system has reduced the total number of inmates, which marks a three-decade low of 97889. However, the early release of inmates has slowed down in recent months.