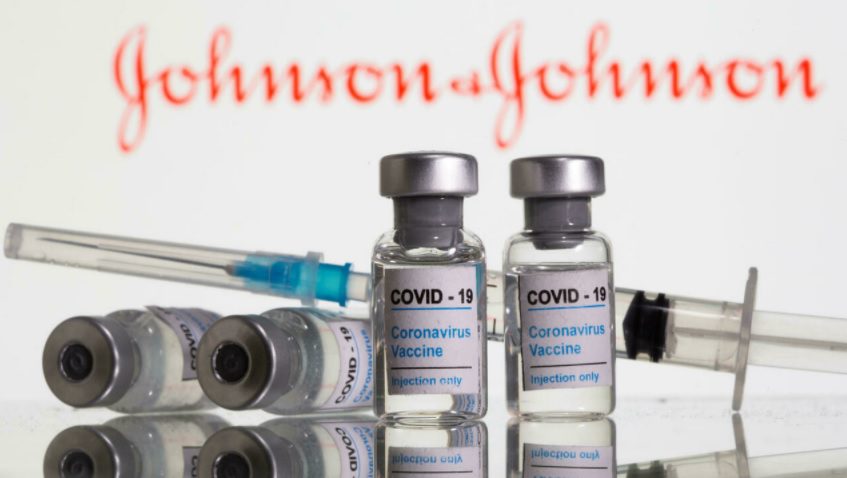 It seems that the controversial COVID19 vaccine developed by Johnson & Johnson has landed in yet another trouble. Health experts from the US Food and Drug Administration (FDA) have said that the shot might be linked to a tiny elevated risk of Guillain-Barre syndrome. It is a rare but severe neurological disease, said the experts. The FDA officials have added a warning about the possible adverse reaction to its fact sheet of the shot. Health experts have said that although the risk seems to be very low, there have been around 100 cases of the syndrome among people who have been given the Johnson & Johnson shot so far. As per the latest data, around 13 million doses of the vaccine have been administered in the US so far. Scientists who have been studying the single-dose vaccine have said that the Guillain-Barre syndrome is a disease where the immune system of the body starts attacking nerve cells. The syndrome can lead to paralysis or muscle weakness, said the experts. At times, the condition is resolved within weeks, however, in some severe cases, it can damage nerve cells permanently.

The US Centers for Disease Control and Prevention (CDC) has claimed that around 3000 to 6000 cases of this syndrome are reported in the US each year. The condition is quite prevalent among adults, said the experts. On the other hand, the actual cause of the condition is still uncertain. However, in most cases, the condition is followed by another disease or infection such as the flu. The syndrome has been reported among patients who have tested positive for COVID19.  Health experts from the FDA, who have been investigating the Johnson & Johnson shot have said that it is not the first time a vaccine has been linked to the Guillain-Barre syndrome, though the risk seems to be very low. In the past, a large-scale swine flu vaccine rollout program has caused a tiny increase in the cases of Guillain-Barre syndrome in 1976. Health experts have claimed that the vaccine has led to one extra case of Guillain-Barre syndrome per every 100000 people who have been vaccinated at that time.

Health officials have observed that the seasonal flu shot as well is linked to nearly one to two extra cases of Guillain-Barre syndrome per 100000 people who have been given the shot. Dr. Daniel Salmon, who is the director of the Institute for Vaccine Safety at John Hopkins University, has said that there is sufficient data available that proves the flu vaccine can lead to Guillain-Barre syndrome, however, the risk remains quite low. As per the health officials from the FDA, the shingles shot known as Shingrix might as well shoot up the risk of Guillain-Barre syndrome among people who are vaccinated. Dr. Daniel Salmon has noted that it is not yet clear why certain shots are linked to increased risk of this neurological condition. Experts have not been able to understand the biological mechanism behind it. There are many ongoing studies on the cause and effects of this condition after vaccination.

The officials from the FDA have said that nearly one hundred cases of this syndrome that have been reported after vaccination with Johnson & Johnson’s single-dose vaccine have been handed over to the federal Vaccine Adverse Event Reporting System (VAERS). They have informed that out of one hundred cases, 95 people have been admitted to the hospital and one patient has died due to the condition. The syndrome has been reported two weeks after immunization with the Johnson & Johnson shot. This side effect after vaccination has been observed mostly among men who have been older than 50 years, said the experts. The officials from the federal agency have said that it is yet not confirmed whether the condition has been led by the vaccine, however, the FDA will continue to investigate these cases and track the current situation. The FDA has claimed that there is no sufficient evidence to suggest a link between this syndrome and COVID19 shots that are developed by Pfizer-BioNTech and Moderna, which are based on mRNA technology. The agency has revised its fact sheet about the vaccine for patients. The officials have said that the signs and symptoms of the syndrome are most likely to surface within 42 days of vaccination.

They have advised patients to consult their health care providers immediately if they experience any signs and symptoms of the condition. Weakness or tingling in the arms or legs, double vision, difficulty in walking, chewing, speaking, swallowing, or controlling bladder and bowels are some common symptoms of the syndrome. Some health experts have claimed that even if a link between Guillain-Barre syndrome and COVID19 vaccines is established, the risk of contracting the virus remains more serious. The CDC as well has reported that in the US almost all COVID19 related deaths and hospitalizations are taking place among people who are still not vaccinated. The federal health agency has said that people who are 12 years and above should take the shot to protect themselves from the SARS-CoV-2 virus and its deadly variants. Dr. Daniel Salmon has said that people’s decision-making should be based on optimizing the benefits and reducing the risks. In that case, COVID19 is a deadly disease that has claimed nearly 600000 lives so far.