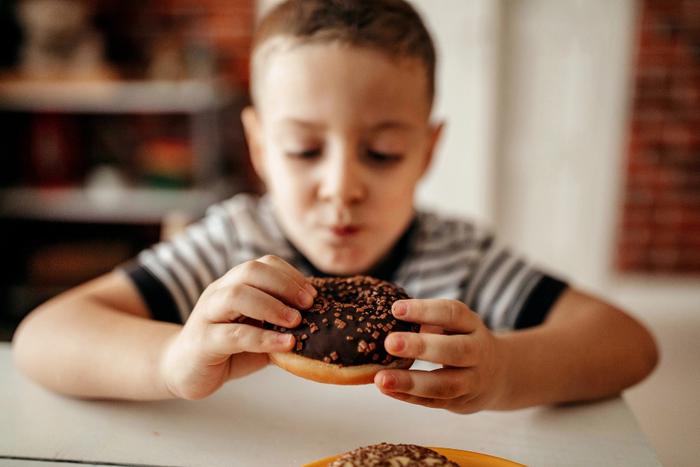 A new study reveals that eating excess fat and sugar in childhood can alter people’s microbiome for a long time even if they learn to eat a healthier diet later in life. This study has been done by experts from the University of California, Riverside. This is the first study, which has shown a major reduction in the total number and diversity of gut bacteria. In the study, experts have fed an unhealthy diet to young mice. Although, experts have observed the effect in adult mice, however, the effect is equivalent to kids eating a Western diet. The western diet is usually high in fat and sugar. As per the study, the gut microbiome of kids who eat a diet, which is high in fat and sugar, is affected up to six years after puberty. The findings of the study have been released in the Journal of Experimental Biology. The microbiome refers to the group of bacteria, fungi, parasites, and viruses, which are present in the human body and animals. The majority of these microorganisms are found in the intestines. These microorganisms are helpful for the body. They help trigger the immune system, break down food, and synthesize key vitamins.

Experts have said that in a healthy body, there is a proper balance of pathogenic and helpful organisms. Nevertheless, if this balance is disrupted due to the use of antibiotics, infection, or unhealthy eating habits, the body becomes vulnerable to diseases. The team of experts has analyzed the impacts of an unhealthy diet on the microbiome by dividing the mice into four groups. One group of mice has been given a standard healthy diet; the second one has been given an unhealthy Western diet. The third group has been given access to running wheels for exercise and the last group has not been given any access to exercise. Experts have seen that the number of bacteria such as Muribaculum intestinale has reduced in mice that have been fed a Western diet. This form of microorganism is involved in carbohydrate metabolism. The study has shown that the gut microorganisms are sensitive to the number of exercise mice have received. Experts have said that the Muribaculum intestinale has shot up in mice that have received a standard healthy diet and have been given access to exercise. However, it has been reduced in mice that have received a high-fat diet irrespective of excess to exercise or not.
Experts who have been involved in the study have said that this type of bacteria and the family it belongs to might affect the amount of energy available in the body. Other experts have seen an increase in a highly similar bacteria species that have been augmented after weeks of treadmill training; it proves that exercise alone might be able to shoot up its presence. Overall, the study has noted that overexposure to a Western diet in early life might have long-lasting effects on people’s microbiome as compared to exercise in early life. The new study has been led by Dr. Theodore Garland. The lead author of the study has said that the effects of an unhealthy diet as a child persist long after changing the diet. Experts are going to conduct further experiments to validate the findings of this study.